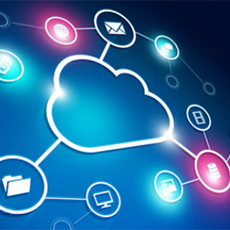 Libelium reinforces its commitment with interoperability and expands its wide IoT Ecosystem. With this aim, the company has reached 40 Cloud platforms already integrated with Meshlium, the IoT Gateway.

One of the worldwide largest multinational networking and telecommunications companies, Ericsson, has joined Libelium Cloud partner program. The company is focused on transforming businesses providing an IoT platform to monitor parameters from sectors such us Industry 4.0, Smart Cities, Precision Farming or Air Quality monitoring.

Libelium has also integrated infiswift, an American IoT platform specialized in solar photovoltaic monitoring and precision farming; C2M, from Plasma company, which had already released an Application Development Kit at The IoT Marketplace; and Redd System, the second South American platform that joins Libelium ecosystem. These new partners have joined to existing Cloud platforms as Amazon Web Services, Arrow, Azure Microsoft, IBM Bluemix, Indra, Telefonica, Telit or Thingworx with which the company has already developed projects in more than 120 countries.

“Big players have realized that the IoT market is not going to be dominated by a single company. The great interoperability of our IoT platform allows them to access to new market opportunities by connecting any sensor to any cloud platform through any communication protocol.”

Libelium also presents five new solutions ready to be deployed through the IoT Marketplace, an initiative launched 15 months ago that sums up 60 kits in verticals such as Smart Agriculture, Air Quality, Smart Water, Smart Cities, Smart Parking or Industry 4.0 to ease the adoption of the IoT:

Tags:EricssonIoT CloudLibelium
Previous : pureIntegration and Semtech Develop a LoRaWAN-Based/RDK-B Solution for the Cable Industry to Expand IoT Networks
Next : One powerful letter: the difference between DoS and DDoS attacks