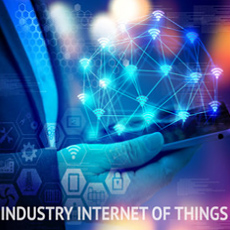 While smart homes, wearable technology and connected cars are among the advances that are popularly hyped when it comes to the Internet of Things (IoT), the smart money is on the Industrial Internet of Things (IIoT) for its potential to transform not only a vast number of industries, but the very nature of jobs and how we work.

In fact, a 2015 report by the World Economic Forum projected the IIoT to dwarf consumer applications, even though the IIoT is still in a comparatively nascent stage.

But, the pace of transformation is speeding up. The report noted that between 2012 to 2014, shipments of sensors, for example, exploded to 23.6 billion units from 4.2 billion. Statistics like these serve as a clear reflection of the growing emphasis on the use of interconnected and sensor-based data to drive results.

Business leaders like General Electric, meanwhile, are showing the world how it’s done: In 2014 alone, the conglomerate realized more than $1 billion in incremental revenues by helping customers improve their operations and performance through IIoT capabilities. Today, GE predicts that investment in the IIoT will top $60 trillion over the next 15 years.

It’s not just industrial brands like GE that are working to seize on the wealth of opportunity the IIoT presents. Other companies are branching out and carving niches in this diverse and fast-expanding space.

One such company is Quarterhill, which was formed in June of this year by WiLAN, the Ottawa-based patent licensing firm. As a growth-oriented investment holding company, Quarterhill was formed with the main focus of acquiring promising technology companies in the IIoT space. WiLAN will continue with its patent licensing focus as a subsidiary of Quarterhill. 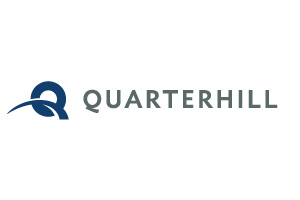 Quarterhill’s new diversification strategy and its ambitious investment in the IIoT does nothing but reaffirm the tremendous growth potential in this burgeoning area.

Even as the company’s strategy was announced, Quarterhill was announcing its first acquisition: Saskatoon-based International Road Dynamics (IRD), a potentially significant player in the IIoT industry with its intelligent transportation system technologies that are sold around the world.

Less than a month after announcing the acquisition of IRD, a deal to bring VIZIYA Corporation into the fold was announced. VIZIYA develops intelligent software that helps companies optimize their assets, with the company working in a wide range of industries, including the oil and gas sector, mining, manufacturing and the utilities sector.

“We’re tremendously excited to be investing in the IIoT market and coming in at an early point in the market’s growth,” notes Shaun McEwan, Quarterhill’s Interim CEO. “PricewaterhouseCoopers estimates that more than $1 trillion a year will be spent on IoT over the next couple years, and much of that will be in the IIoT. And that’s just one of many examples of analysts supporting IoT’s growth.”

McEwan then adds: “Working within three primary verticals – mobility, city, and factory – Quarterhill’s goal as a growth-oriented investment holding company will be to seek out companies in the IIoT market that have strong management teams, solid financial track records, and room for significant growth. Quarterhill’s first two acquisitions of International Road Dynamics and VIZIYA exemplify exactly the type of investments in the IIoT we’re looking to make moving forward.”