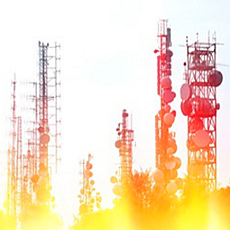 The Un-carrier unveils a roadmap to nationwide Narrowband IoT in 2018 and expands its SyncUP family of IoT solutions with T-Mobile SyncUP FLEET.

“The Un-carrier team is unstoppable. Not only have we built America’s best unlimited network, but this magenta army is also moving at a breakneck pace to support the future of connected devices in a 5G world,” said Neville Ray, Chief Technology Officer of T-Mobile. “Our IoT customers can rest well knowing their tech is future proof with the Un-carrier.”

Earlier this year, T-Mobile completed North America’s first-ever NB-IoT field tests with Qualcomm and Ericsson. Because NB-IoT uses very little spectrum to carry data with greater efficiency and performance, it is already the globally-preferred standard to power the rapidly expanding world of IoT applications. With extended battery life and increased connectivity in hard to reach places, NB-IoT lights up new capabilities for businesses and cities to connect massive numbers of devices at lower cost with small and steady streams of data. With today’s news, the Un-carrier is laying the foundation for the future of IoT and giving customers added peace of mind that their solutions are future proof.

Next month, the Un-carrier expects to launch the continent’s first commercial NB-IoT network in Las Vegas, paving the way for nationwide NB-IoT in mid-2018. In addition, T-Mobile confirmed the Un-carrier network will also support Cat-M – another IoT standard for solutions requiring voice support – in 2018.

T-Mobile also announced the first NB-IoT modules from Sierra Wireless, Telit and u-blox are already being tested in the Un-carrier’s labs, with expected availability in early 2018. These modules will provide connected product makers and developers with low-cost pricing and data connectivity to quickly bring their devices to market on T-Mobile’s NB-IoT network.

Because NB-IoT is built on the 3GPP industry standard and existing LTE infrastructure, it provides IoT developers with a flexible bridge on the road to 5G. The Un-carrier will use a portion of its mother lode of 600 MHz spectrum – which is already being deployed for LTE with 5G-ready technology ahead of schedule – to deliver a 5G network from coast to coast by 2020.

Along with T-Mobile’s millimeter wave spectrum and push for mid-band 5G spectrum, the Un-carrier will be uniquely positioned with a multi-spectrum strategy that delivers true nationwide 5G coverage. 5G rollout is expected to begin in 2019 with a target of 2020 for full nationwide coverage.

“The Duopoly’s networks are already congested — just look no further than Verizon’s recent changes to its unlimited plans!”, said Ray.

“And here’s my prediction: as we move toward 5G, they won’t have enough low-band spectrum to power smartphones AND the massive world of IoT – leaving their customers in the lurch. We have different plans for T-Mobile customers.”

While AT&T and Verizon are focused on high-band spectrum use cases in fixed locations and urban areas, T-Mobile’s 600 MHz 5G network will deliver increased radio efficiency, immense numbers of connected devices, lower latency and improved battery life and reliability, all of which nationwide 5G will make possible.

Businesses don’t have to wait for 5G to stay connected. While T-Mobile is enriching its network to support IoT for business and government, the Un-carrier is also launching its own family of T-Mobile-branded IoT solutions. Last year, T-Mobile SyncUP DRIVE debuted, and the all-in-one connected car solution proved to be a runaway hit – with customer demand doubling initial forecasts.

Now, the Un-carrier is expanding the SyncUP family with its first new addition: T-Mobile SyncUP FLEET. With SyncUP FLEET, businesses of all sizes get low-cost fleet management and monitoring to help reduce fuel consumption, maintenance issues and other costs. And all with transparent pricing and no sticky annual service contracts.

SyncUP FLEET includes connected hardware and a cloud-based platform with easy-to-use management tools for businesses they can access right from their smartphone, tablet or desktop. Customers simply plug the SyncUP FLEET device into each vehicle’s standard on-board diagnostics (OBDII) port and create their online account to get started.

SyncUP FLEET is developed in partnership with global business logistics leader Geotab and will be available this fall for just $3 per month on T-Mobile’s interest-free 24 month equipment installment plan (EIP) with a $15 per month unlimited mobile data plan per vehicle.