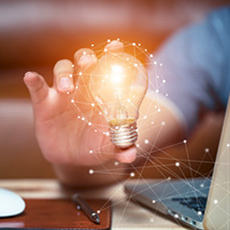 For the two last decades, over 1 million people have been named as inventors in the Internet of Things (IoT) space. A recent study by Parallel North IP has identified the individuals who are driving the key innovations for the development of IoT.

A recent publication by Parallel North IP has identified the top 5,000 US inventors in the IoT space.

This list represents those individuals who have the highest number of US patents and applications within IoT during the two last decades.

The IoT study analyzed a database of 739,838 US Patents and Applications with a total number of 1,141,956 named inventors. The database was generated by identifying 102 Cooperative Patent Classification technology codes that are pertinent to IoT and by utilizing the World Intellectual Property Organization’s (WIPO’s) taxonomy of IoT concepts in a recently published IoT Patent Landscape.

The top 3 IoT inventors to date are:

It should be noted that these inventors work, or have worked, for Intellectual Ventures, which is licensing intellectual property rights as a business.

There are many other interesting individuals from successful technology companies that appear on this list such as Amazon’s founder, Jeff Bezos (AMZN) who ranked 197; the legendary Steve Jobs (R.I.P) (AAPL), sharing rank with Microsoft’s Bill Gates (MSFT) in position 219; Facebook’s Mark Zuckerberg (FB) who ranked 236; and Twitter’s Jack Dorsey (TWTR) who is in spot 250.

Startups and SMEs also play a very important role in IoT’s development. For example, Joseph Scalisi, founder and CEO of SkyBell, a rapidly-growing company that pioneered the smart video doorbell, ranked in position 241. The smart doorbell has become one of the hottest segments of IoT and Mr. Scalisi’s innovations have disrupted the home security market that is dominated by industry giants.