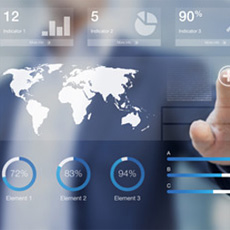 At the IoT Solutions World Congress, Intel addressed the challenges facing the Internet of Things (IoT) market today, and made a critical announcement designed to empower the industry to make the most of the tremendous opportunities ahead.

While earlier reports claimed that we will see 50 billion IoT devices by 2020, the reality is we are nowhere close to reaching those numbers. In fact, recent research reports are far more tempered and predict closer to 30 billion devices in the same timeframe. The reason for the scaled-down outlook is because of the real-time issues of scaling deployments and security.

Today, provisioning and management of devices is a huge challenge, as IoT devices are added manually. It involves coordination between installation technicians, IT network operations, and operational technology teams and can typically take more than 20 minutes for a single device. Imagine installing 10,000 “smart IoT” light bulbs – at present, it could take two years to complete the process. This is to say nothing of the effort required to maintain device privacy and security.

To solve these complex issues, today Intel announced the launch of Intel® Secure Device Onboard (Intel® SDO). This technology securely automates and brings IoT devices online within seconds rather than hours. Intel SDO is being offered to IoT platform providers as a service they can provide to customers who wish to onboard thousands of connected devices.

Intel SDO’s “zero touch” model allows devices to dynamically discover the customer’s IoT platform account at power-on for automatic registration. It offers a one-to-many, one-time enablement solution that can be integrated into almost any device or IoT platform, thereby eliminating the need to custom pre-load provisioning configurations for each IoT implementation.

Weatherford, a leading oil and gas services company, was part of the Intel SDO pilot program. The company wanted to pull data from existing controllers and install new wireless sensors through a gateway to the cloud to drive oil and gas insights. By adopting the Intel SDO and Wind River’s Device Cloud, Weatherford was able to create a secure, scalable oilfield ecosystem from zero-touch onboarding to continual gateway management. It projects the sheer scale of the market for managed devices could reach 290,000 wells, representing 870,000 sensor data points and nearly 10,000 IoT gateways at a global level.