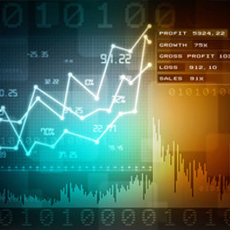 Low power wide area networks to play a key role in connecting the devices that form the Internet of Things, IHS Markit says.

Globally, public low power wide area (LPWA) connections are anticipated to reach over 1 billion by 2021, according to a new report by business information provider IHS Markit.

This represents a 206 percent compound annual growth rate (CAGR) from 2014 to 2021, spurred by the need for low-power wireless network technology in Internet of Things (IoT) devices.

According to the report, the NB-IoT market received a tremendous boost in June 2017 when the Chinese Ministry of Industry and Information Technology (MIIT) issued an NB-IoT policy framework. Key provisions of the framework include:

“The cellular IoT market was already booming in China, with the three main Chinese operators growing cellular IoT connections from 53.5 million in 2014 to 160.2 million in 2016,” said Sam Lucero, senior principal analyst for IoT at IHS Markit.
“With the demonstrated desire by the central government for rapid NB-IoT deployment in the country, along with the key benefits NB-IoT offers for many IoT use cases, it now seems likely that worldwide NB-IoT connections could reach nearly 450 million by 2021, even when conservatively assuming that the Chinese operators do not achieve the aggressive government target for 2020.”

In the market for LPWA in unlicensed spectrum, LoRaWAN achieved higher-than-expected growth during 2017. IHS Markit projects that LoRaWAN “public” connections — those offered as a service by LoRaWAN network operators — will rise to nearly 300 million by 2021.

Conversely, the outlook for Sigfox has darkened over the course of 2017.
“As a venture-funded startup, Sigfox has always represented an element of risk for partners and customers seeking to deploy IoT applications,” said Lee Ratliff, senior principal analyst for IoT connectivity at IHS Markit.
“Underscoring that risk are the company’s unclear funding situation and attrition among top executives, which hint at turmoil within the otherwise opaque private company.”

“The events of 2017 have widened LoRa’s lead over Sigfox at a time when seizing market share is critical to ensuring survival as NB-IoT begins to be deployed at scale. While LoRa and Sigfox are technically similar, the business models are clearly differentiated and lower risk has become a key advantage in LoRa’s favor.”