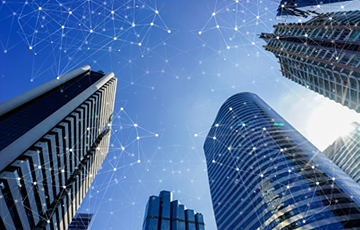 Sequans Communications S.A. announced that it has established a technology collaboration with SoftBank Corp., a subsidiary of SoftBank Group Corp. and Japan’s leading mobile operator, to accelerate the deployment of LTE-M and NB-IoT technologies in Japan.

The two companies are conducting interoperability testing of Sequans’ Monarch LTE-M/NB-IoT platform with SoftBank’s network equipment and are developing a dedicated implementation of LwM2M technology designed to streamline the device level testing process that will result in accelerating the deployment of new IoT devices on SoftBank’s network.

“SoftBank is a leader in promoting LTE for IoT in Japan and its efforts to make the technology ready for connecting objects of all kinds shows its commitment to growing the IoT and to accelerating the deployment of LTE for IoT devices on its network.”

“We are pleased to collaborate with SoftBank and to enrich the ecosystem with LTE for IoT modules specifically designed for SoftBank’s network and customers.”

The collaboration with SoftBank is based on interoperability testing with SoftBank’s network equipment and Sequans’ Monarch LTE platform, the industry’s first and most highly optimized LTE-M/NB-IoT chip. Monarch integrates baseband, RF, power management and RAM in a single die. Its advanced features include ultra low power consumption in active and sleep/idle modes, and unique RF filtering technology that enables a true single, worldwide SKU with multi-band support for universal and flexible IoT implementation.

* LwM2M (lightweight M2M) is a communication protocol for use between client software on M2M devices and server software on an M2M management and service platform. The protocol is defined by the Open Mobile Alliance and built to provide a means to remotely perform service enablement and application management for IoT devices and connected appliances.
Recommended IoT white paper - Download for free now !