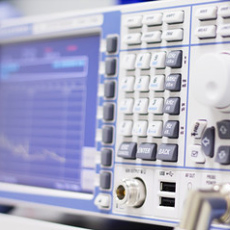 Project led by R&D division of EDF, will explore low power, wide area (LPWA) wireless technologies to support safe and secure connections with potentially millions of sensors and other devices. Joint effort incorporating Nokia TestHub services is among the industry’s most comprehensive testing to date using IoT devices for industries. Represents key step in EDF’s move towards the use of IoT; highlights Nokia’s role as a key partner for the deployment of networks for industries.

The two companies will engage in a comprehensive testing regime, among the first of its kind in the industry, exploring the capabilities of LPWA technologies to support real-world industrial applications. Nokia is EDF R&D’s exclusive partner for this effort.

EDF R&D will utilize Nokia TestHub Services in Nokia’s Device Testing Lab in France – which gives customers access to state-of-the-art, carrier-grade wireless infrastructure – when testing IoT/M2M objects, chipsets, modules and user devices across all wireless technologies and frequencies. This enables devices to be tested on real network infrastructure rather than a simulated network, which reduces guesswork in testing and analysis and minimizes risks in advance of widespread commercial introduction.

This agreement builds on Nokia’s strong track-record providing mission-critical networks toindustries, and highlights the company’s strong position in the emerging market for IoT connectivity. It also highlights the progress of Nokia’s strategy of expanding its customer base outside of the traditional telecommunications sphere, a key focus of the company’s diversification efforts.

Stéphane Tanguy, head of IT Systems, EDF R&D, said:
“The Internet of Things offers tremendous opportunities for our group. Many use cases can be enabled by IOT technologies in various businesses from power generation to marketing. As the R&D engine of the EDF Group, it is our responsibility to characterize the objects, their connectivity, their integration into IoT platforms and the related end-to end cybersecurity properties. Among the connectivity solutions, it is essential that we understand the performance, the maturity and the adequacy of each technology for our different use cases by an objective and agnostic approach. The cellular IOT technologies (LTE-M and NB-IOT) are two major technologies that we have decided to test with Nokia, which provides us with a very interesting test environment and valuable expertise to carry out these evaluations.”

“The use of IoT devices in industrial networks is in its infancy, but given the expected huge numbers of devices that will be deployed in the future, it is critical that our customers can evaluate now the various technologies before making substantial investments. Nokia’s Device Testing Lab, staffed by some of the most experienced wireless networking experts in the industry, will make it much easier for EDF to evaluate the performance of LPWA against other emerging technologies and reduce the risk of future deployments.”

Tags:EDFLPWALTE-MNB-IoTNokia
Previous : Identity and Management of Things in the IoT a US$21.5 Billion Opportunity
Next : Sigfox launches certified C1D1 wireless sensor nodes with partner OleumTech