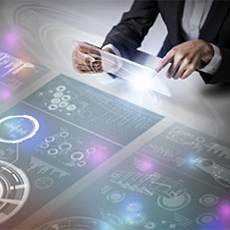 This new LTE IoT SDK is designed to support developers while they run custom software on the integrated 1.3 GHz Cortex A7 CPU within the MDM9206 LTE IoT modem, as well as to provide developers with access to Qualcomm Technologies’ extensive suite of software and tools which are designed to make available some of the additional capabilities of the MDM9206 LTE IoT modem, such as GNSS.

The integrated CPU within the MDM9206 LTE IoT modem also is designed to help eliminate the need for an external microcontroller, which is anticipated to help improve cost-efficiency, battery life and device security.

The MDM9206 LTE IoT modem has pre-integrated support for many cloud platforms, including Alibaba Cloud Link One, China Mobile OneNET, DTSTON DTCloud, Ericsson IoT Accelerator, Gizwits and Verizon ThingSpace. The LTE IoT SDK is designed to allow developers to extend this further and develop support for other major IoT cloud providers. Using hardware modules featuring the MDM9206 LTE IoT modem, along with this new LTE IoT SDK, is expected to help OEMs and developers address a vast array of the existing and emerging cellular-connected use cases for commercial and industrial IoT such as smart metering, smart gateways, asset tracking and more.

“As a leader in wireless technology, Qualcomm Technologies is pleased to provide solutions that can help accelerate the development of a global Internet of Things,” said Serge Willenegger, senior vice president and general manager, 4G/5G and Industrial IOT, Qualcomm Wireless GmbH.

“As a new element of Qualcomm Technologies’ wireless edge solutions, the LTE IoT SDK, combined with modules based on our MDM9206 LTE IoT chipset, is designed to help OEMs and developers build and commercialize a wide range of exciting and innovative IoT applications in a cost-efficient and expedited manner.”

This new LTE IoT SDK for the MDM9206 modem is expected to be available in the first half of this year.