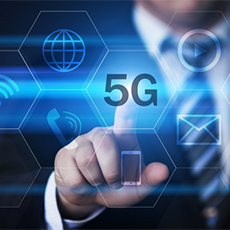 An article by Michele Mackenzie and Ahmed Ali at Analysys Mason.

The industry’s focus on 5G was inescapable at MWC 2018 with a deluge of announcements on network trials, deployments and device readiness. In contrast, and perhaps reassuringly, 5G was not high on the agenda in our meetings with operator IoT business units; their focus remained firmly on the more immediate opportunities and challenges with making money from of NB-IoT and LTE-M networks.

As we have written previously, while most conference presentations about 5G mention IoT, the reverse is rarely true; few IoT presentations mention 5G. IoT companies are working on nearer-term issues than 5G. This trend continued at MWC. In almost all operator presentations on IoT, the migration to 5G was largely absent. IoT teams only talked about 5G when prompted. As with MWC 2017, operators do not seem to be focusing on IoT to build the business case for 5G. This, despite “massive IoT” and Ultra-Reliable Low Latency Communication (URLLC) being cited as two of three main use cases for 5G.

Rather than commercial applications, for 5G the focus is on technical trials to demonstrate viability of selected IoT solutions. For example, Vodafone is exploring automotive and emergency response applications at its test sites and Orange is trialling 5G and V2X.

While some of these 5G IoT use cases are logical extensions to existing services, others are more of a stretch. Manufacturing, for example, has not traditionally been supported by a public mobile network; instead, factories use proprietary connectivity solutions. Demand for URLLC in manufacturing remains unclear – it may be relatively small (tens rather than hundreds of millions of connections globally) and replacement cycles are long. The unwillingness to rely on public cellular networks will also be hard to overcome.

Progress has been made with these LPWA networks. The GSMA announced that there had been 41 network launches announced at February 2018 by 23 operators in 26 countries. Cisco also announced that its Jasper Control Center now supported commercial deployments of NB-IoT, something that was piloted at MWC in 2017. Vodafone has supported NB-IoT on its connectivity management platform, GDSP, since 2016.

However, significant challenges remain for NB-IoT and LTE-M including:

Global connectivity for both cellular and the new NB-IoT and LTE-M variants is still a potential barrier for an operator that wants to deliver their IoT services cost-efficiently outside of their home markets. Again, some progress is being made – Tele2 signed an agreement with Nokia WING to offer global connectivity to enterprise customers while Vodafone and China Mobile announced an agreement to offer enterprises expanded coverage.

Finally, the debate on how to make money from IoT networks continues; operators expect to monetise their IoT services by offering platform capabilities, end-to-end services and consumer IoT but recognise that these capabilities depend on partnerships and a vibrant ecosystem, something few operators have truly achieved. We heard from a number of operators on the capabilities they are looking to exploit to grow IoT-related revenue. Telefónica for example is focusing on leveraging its security and data analytics competencies.

Whether or not LPWA is a precursor or bridge to 5G there needs to be an IoT business to support in the first place.

Most operator IoT resource has been dedicated to building the enterprise IoT business but consumer IoT was more prominent than in previous years.

Vodafone announced an agreement with Samsung to partner on a range of consumer IoT and smart home services based on Samsung’s SmartThings platform. They will be marketed as V-Home by Vodafone. Telefónica outlined its target application areas: tracking, embedded sensors/quantified self, smart home and connected vehicle, where it plans to provide data analytics services. SKT was promoting its smart home service, control for which is pre-integrated into new-build dwellings in South Korea.

Amazon’s acquisition of smart home devices firm Ring, for over USD1 billion, in the week of MWC, and Google’s purchase of Xively the week before highlight the challenge for operators in the smart home market (and possibly in consumer IoT more generally). Others, particularly internet giants, are investing massively in initiatives. Operators need to offer some clear benefits for consumers over and above these competing ventures; from what we have seen, these benefits are unclear. Added to this, the bigger problem probably lies in questionable consumer appetite for smart home products. It may take many years for winning propositions to emerge, and this may test the patience of operators.

The focus is on growth and scalability

With so much uncertainty around the 5G business case and the role of IoT, it is perhaps reassuring that operators are prioritising and addressing the challenges that they face in building a scalable IoT business, capable of addressing multiple sectors based on their recent IoT network investment.