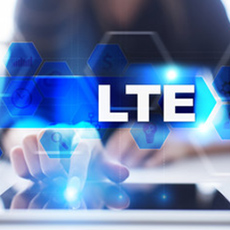 SORACOM, Inc., provider of the leading cloud-native platform for the Internet of Things (IoT), today announced general availability of LTE service in the United States, Canada, Europe, Africa, and the Asia Pacific region.

This service expands on Soracom’s existing 2G and 3G cellular service, already available in more than 100 countries around the world.

SORACOM’s platform for IoT applications provides over-the-air connectivity to cloud services with flexible, pay-as-you-grow pricing. Launched in Japan in late 2015, Soracom now serves more than 10,000 customers globally by giving both start-up and enterprise firms the flexibility to easily transition from early prototypes to field deployments including hundreds or thousands of devices.

“We want our customers to achieve the best possible balance of connectivity cost savings and performance as they scale their business,” said Kenta Yasukawa, co-founder and CTO of SORACOM.

“With continued evolution of cellular networks worldwide, adding LTE to the SORACOM platform allows our customers to choose the connectivity footprint and performance they need and to have a migration roadmap for currently deployed solutions.”

“We created the WHILL electric vehicle to establish a new standard for personal mobility,” said Muneaki Fukuoka, Founder and CTO of WHILL. “We believe that no one should feel limited by physical ability. LTE and especially battery-efficient Cat M1 connectivity will help us to fulfill the promise of freedom and connectivity that we make with every WHILL model.”

“Our Wio Tracker LTE open source gateway was designed specifically for projects where speed and coverage are at a premium,” said Erin Linke, US General Manager of Seeed Studio. “Access to coverage compatible with today’s LTE and Cat 1 modems frees developers to take full advantage of the bandwidth and capability available for IoT today.”