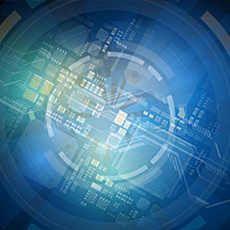 The Quectel BG36 module –aimed to be compatible with China Mobile’s network and manufactured by Quectel based on the Qualcomm® MDM9206 LTE IoT modem– will be powered by the Gizwits IoT cloud services and designed to help developers, device manufacturers and service providers to create economical 2G solutions, which are also designed to be flexible and long-lasting by supporting future over-the-air activation of NB-IoT and eMTC as the cellular ecosystem transitions toward the latest LTE IoT standards.

This capability is intended to allow IoT devices to use the cellular technology that is best suited for today’s use cases, while being able to accommodate emerging requirements throughout the device lifetime – for instance, supporting commercial and enterprise solutions in case of new cellular network technology deployments and changes, or allowing end-customers to take advantage of new network features and more convenient connectivity economics that arise later on.

Following the planned initiative with Gizwits and Quectel around BG36, Qualcomm Technologies plans to make modem upgrade capabilities broadly available through Qualcomm wireless edge services (WES) by the first half of 2019, soon after the launch of Qualcomm WES expected by end of this year. Qualcomm WES will be designed to facilitate the deployment of edge devices at scale, by providing efficient zero-touch life-cycle management through services such as plug-n-play onboarding with security, on-demand provisioning, over-the-air feature activation of relevant chipset features, as well as third party service enablement throughout the device life-cycle.

“The expansion of the IoT depends on the ecosystem’s ability to deliver vast amounts of solutions featuring edge intelligence and flexible connectivity that stays current through the device life,” said Serge Willenegger, senior vice president and general manager, 4G/5G and Industrial IoT, Qualcomm Technologies, Inc. “We are grateful of the opportunity to work with Gizwits, China Mobile Shandong Branch and Quectel. Our focus is to offer the technology solutions that the IoT ecosystem requires to grow, helping manufacturers and solution providers connect and manage massive amounts of devices in a trusted, security-rich and scalable manner. This is the vision behind our Qualcomm wireless edge services.”

“The IoT enabling infrastructure is rapidly evolving. A challenge during this growing process for developers and manufacturers is the concern that the products they deliver today may not work well in tomorrow’s environment,” said Jack Huang, CEO, Gizwits. “For example, telecommunication operators throughout the world are phasing out 2G networks, leaving manufacturers with the tough choices of either sticking with the 2G modem technology that has worked well but may not be supported in the near future, or switching to LTE technologies, such as NB-IoT or eMTC, with limited network coverage in many regions.”

“Our anticipated work with Qualcomm Technologies, China Mobile Shandong Branch and Quectel, is designed to allow developers to confidently create and deploy cost-effective IoT solutions whose modem technology can be upgraded on-demand using Gizwits IoT cloud Application Programming Interfaces (APIs) to take advantage of the increasingly mature LTE networks. The ability to use the cloud to activate new capabilities of the cellular modem on an IoT device will be an important innovation, and a key milestone in the development of the IoT ecosystem.” 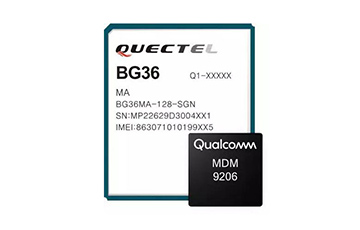 The Quectel BG36 module is planned to be powered by the Qualcomm MDM9206 LTE IoT modem, a purpose-built solution with global multimode capabilities, including eMTC/Cat-M1, NB-IoT/Cat-NB1 and 2G/E-GPRS, which is designed to support the development of cost-efficient, low-power devices with multi-year battery life and greater coverage for the next-generation of IoT services as compared to traditional LTE connectivity.

LTE IoT is a suite of complementary narrowband technologies pioneered by Qualcomm and engineered to deliver optimized performance and efficiency for a wide range of low-power, wide-area Internet of Things. The continued LTE IoT evolution will help address the needs of the massive IoT, complemented with the acceleration of 5G New Radio (NR) – the global 5G standard.

“The path of the IoT ecosystem toward 5G goes through LTE IoT, including the NB-IoT mode,” said Yong Chen, general manager of enterprise business, China Mobile Shandong Branch. “Qualcomm Technologies and Gizwits are collaborating to help our customers get ready for the future as we deploy the latest cellular technologies across our network infrastructure.”

“Quectel is proud to work on a range of innovative LTE IoT modules based on Qualcomm Technologies’ modems,” said Doron Zhang, senior vice president, Quectel Wireless Solutions Co. Ltd., “Our work together with Qualcomm Technologies is anticipated to allow us to stay up front in the evolution of technology and quickly make the latest cellular solutions available to IoT developers and manufacturers.”

The Quectel BG36 module is expected to be available in the third quarter of 2018.