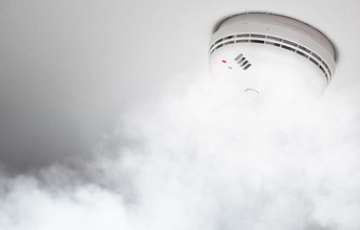 Offers engineers an enhanced alternative to mechanical relays and opto-MOS.

This Neo-Iso SSR is an alternative to mechanical relays and opto-MOS. It offers up to 10 times lower control current and RDSon, protection from overcurrent including a feedback status pin, a 90% smaller package, and higher robustness because there is no moving part. The on/off commands are sent with a simple transient‐immune differential clock signal from any microcontroller. The device also includes integrated 240 mΩ bidirectional load switch allowing AC or polarity free applications up to 36V peak.

“Our new SSR is powered and controlled from a simple clock interface, thus reducing the design-in effort to a minimum for engineers. We believe Semtech’s Neo-Iso platform will become the standard for multiple systems.”

Semtech’s Neo-Iso technology is an energy harvesting platform engineered for self-powered control systems. It enhances Internet of Things applications, such as smart home technology, by adding higher levels of intelligence and control. Our compact Neo-Iso switches make it possible for low-power microcontrollers to control high voltage loads in a system. Reporting of fault conditions from the switch to the controller enables system responses resulting in a safer, more efficient operation. Low current draw allows each switch to operate on power harvested from the load, eliminating the need for additional supplies. These isolated power switches are designed as a silent operation with low quiescent operating current and a single control panel for on/off input.