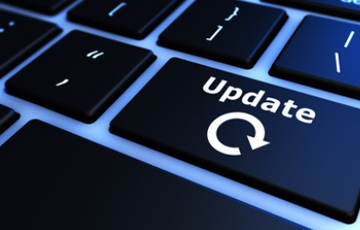 LoRa Alliance Reports Rapid Growth in Deployments and Device Certification over Past 6 Months; Japan is a Key Market for LPWAN Networks

Together, the new specifications support and standardize firmware updates over the air (FUOTA), a capability unique to LoRaWAN among low power wide area networks (LPWANs).

These major enhancements to the protocol are accompanied by significant growth in deployments and certification, with an increase of more than 50% in the number of LoRaWAN CertifiedCM products compared to this time last year. Additionally, the number of public LoRaWAN networks is quickly approaching 100 globally.

“Continued development of standard specifications for the LoRaWAN protocol is key to enabling interoperability between end-device providers and network providers,” said Donna Moore, CEO & Chairwoman of the LoRa Alliance.

“The new specifications showcase how our members collaborate to continuously advance LoRaWAN. The rapid uptick of LoRaWAN Certified products validates that the market stands behind the need for IoT devices that deliver a proof of quality.”

About the New LoRaWAN Specifications

The three new specifications include:

These specifications were developed to allow the LoRa Alliance ecosystem to perform FUOTA in a standardized way. The ability to update devices remotely is critical for the IoT, where many sensors are in remote or difficult locations to reach but may require updating. Making FUOTA part of the specification contributes towards future-proofing LoRaWAN and ensuring that LoRaWAN devices will continue to operate over long lifetimes.

Together, the new specifications enable FUOTA, however, three separate specifications have been issued because each can be used independently. For example, remote multicast setup protocol can be used standalone to send messages to a group of end-devices; fragmentation can be used on its own to send a large file to a single end-device (unicast); and time synchronization also can be used as a standalone capability.

As is true for the LoRaWAN protocol as a whole, security was a strong focus of this development effort and is addressed in the Multicast and Fragmentation specifications. For multicast, the protocol has a means to securely deliver a cryptographic key to the group of end devices. This key exchange is described with its security implication. In fragmentation, a section is dedicated to file integrity and authentication recommendations.