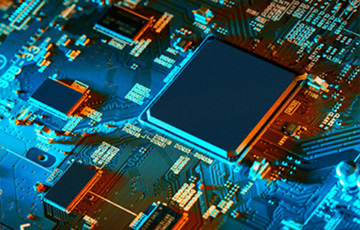 Monarch 2 is built on three years of Sequans’ exclusive and field-proven experience with first-generation Monarch, which is and has been the industry’s leading LTE for IoT chip since its introduction in 2016.

Monarch 2 incorporates full reuse of Monarch’s software and architecture, allowing all existing customers to migrate to Monarch 2 seamlessly. Monarch 2 brings several significant advancements, including an integrated secure element (SE) with the industry’s highest level of security, enabling a variety of integrated SIMs, a 60-percent improvement in power consumption, beating the already industry-lowest level of Monarch, and an industry-leading high level of integration that further simplifies and lowers the cost of IoT device design.

“We designed Monarch 2 based on the exclusive knowledge we’ve gained over the last three years with IoT device-makers and LTE operators around the world.”

“This experience has enabled us to develop the new platform with real world knowledge of what our customers need for successful LTE IoT deployments of all types. In Monarch 2, we answered key demands and improved our already ultra-low power consumption, added comprehensive positioning capabilities and a versatile MCU, and added other important features to validate and improve the business cases for the widest possible range of IoT applications.”

For positioning, Monarch 2 embeds Sequans Location Engine which provides indoor and outdoor positioning via GNSS and a wide range of LTE-based location technologies. The Location Engine gives application developers flexibility to select the geo-location technology that best fits their requirements for location accuracy and cost. The power consumption of Monarch 2 shows a 50-percent improvement in active mode and a 60 percent improvement in eDRX and idle modes, with rock bottom power consumption continuing to lead the industry at 1 micro amp.

Monarch 2 will be seamlessly integrated into Sequans’ Monarch product portfolio. Monarch products include Monarch N, which is the single-mode NB-IoT version of Monarch, and Monarch SiP, which is an ultra-small and thin system-in-package that includes the universal radio front end of Skyworks and all other components required. Monarch has been certified by operators all over the world in USA, Japan, Europe, and Australia.

“There is no LTE for IoT chip more advanced than Monarch 2,” said Karam. “We have refined every key feature and I believe it will transform the LTE for IoT landscape.”

“Sequans’ Monarch powers our Cinterion® EMS31 module and we are pleased to see Sequans expanding its technology leadership by introducing the second generation in Monarch 2,” said Andreas Haegele, SVP of IoT products, Gemalto. “We chose Monarch, because it was the industry-first LTE-M/NB-IoT chip designed from scratch to address specific IoT requirements regarding power and cost. The second-generation Monarch brings another major step of improvement in terms of integration and extended feature support. This will help Sequans to strengthen its position as a leading LTE chipmaker for the booming IoT market.”

“We are partnering with Sequans on Monarch for both NB-IoT and Cat. M1 and we welcome the iUICC embedded inside Monarch 2 and the improvements Sequans is introducing—specifically, the exceptional improvements to lower the power consumption using eDRX and Sequans’ eco-Paging technology,” said Hironobu Tamba, vice president, head of Smart IoT Division, SoftBank Corp. “This achievement is of key importance, especially for our customers deploying battery-powered devices at a very competitive cost.”

“Sequans’ Monarch chip has been one of the leading LTE chips in the industry since its introduction in 2016,” said Luc Savage, VP, Enterprise IoT, Orange. “We are pleased to see that Monarch 2 adds important capabilities, including a powerful secure element and an integrated MCU, along with significantly improved power consumption — all of which ensure that Sequans’ Monarch remains a leading name in IoT.”

“Monarch 2 provides continuous support of both LTE-M and NB-IoT technologies and the ability to dynamically select one or the other through Sequans’ unique IoT-Select™ feature,” said Wayne Gilbert, head of IoT Integration and Validation, Deutsche Telekom. This capability, along with what Monarch 2 offers in new functionality and significantly improved power consumption, will help to accelerate mass market IoT.”