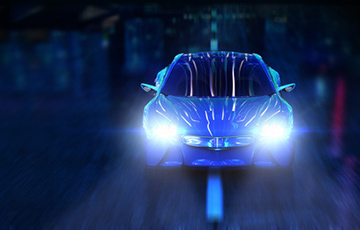 The European Commission made a technology choice in its Connected Car Legislation that, in the view of the GSMA, undercuts its own 5G Action Plan and jeopardises its digital competitiveness.

The Commission has chosen to ignore technological innovation and choice, and instead stick with an outdated wi-fi (802.11p) technology for connected vehicles. The GSMA urges EU Member States and the European Parliament to reject the proposed rules that favour wi-fi technology to connect cars across Europe, and instead maintain flexibility to encourage the deployment of more advanced technologies, like Cellular-V2X (C-V2X) connectivity.

The EU’s 5G Action Plan calls for all “major terrestrial transport paths [to] have uninterrupted 5G coverage by 2025.” Rather than incentivising this outcome, the new legislation – the Delegated Act on Cooperative Intelligent Transport Systems (C-ITS) – deals a blow to 5G rollout plans across Europe. As C-V2X is a key building block for future 5G networks, and as connected cars are one of the most important 5G use cases, this decision to prioritise 802.11p will hinder 5G deployment in Europe.

The GSMA fully supports the purported aim of this legislation to make roads in Europe safer and smarter to bring down the number of road fatalities. However, the Commission’s plan to double down on an ageing technology for C-ITS does a disservice to European drivers and industry. The Delegated Act on C-ITS fails to take into account more recent technological innovation. C-V2X provides more security, range and quality of service than 802.11p. It is, therefore, no surprise that C-V2X is quickly becoming the worldwide standard for communication between vehicles and with roadside infrastructure. In fact, North America and China are already moving forward with C-V2X, which will allow them to move to connected driving more quickly, cheaply and safely than Europe.

Although the Delegated Act on C-ITS contains a review clause to allow for new technology to be recognised, its decision to start with already outdated technology as the standard and then demanding interoperability will lock out C-V2X from Europe for the foreseeable future, while wasting billions of euros in taxpayers’ money on roadside infrastructure investments.

The GSMA therefore urges EU Member States and the European Parliament to reject the Delegated Act on C-ITS.
Afke Schaart, VP & Head of Europe of the GSMA, states:

“This piece of legislation relies on a biased view of technology and impedes innovation. If the EU stays on this road, it will isolate itself further in the global 5G race and severely harm 5G investment in Europe.”