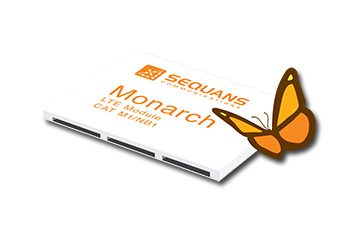 Monarch is currently being used in IoT devices that will soon launch on NTT DOCOMO’s LTE-M network.

“IoT is growing rapidly in Japan and we are pleased to have the support of Sequans as we extend our network capabilities to LTE-M,” said Toshiyuki Futakata, general manager of NTT DOCOMO’s Communication Device Development Department, Radio Access Technology Group. “Our IoT customers will benefit greatly from the cost and power efficiencies enabled by Sequans’ Monarch technology.”

According to Statista, the number of IoT devices deployed in Japan is projected to reach 1 billion by 2020, contributing to US$ 176 billion in market revenue.

“We are committed to accelerating the development of LTE for IoT in Japan and intend to fully support NTT DOCOMO in its network strategy,” said Georges Karam, Sequans CEO.

“Reaching this important milestone with DOCOMO follows months of stringent testing and highlights the global reach of Monarch, which is now approved for use by operators in Japan, Australia, Europe, and USA.”