It goes without saying that the IoT is the new frontier in our technological development. The boundless applications of the Internet of Things encompass a wide range of options from automation in agriculture to cutting-edge technology in the biomedical arena, smart cars, smart homes, and wearable tech. Developers, designers, and tech aficionados are scrambling to bring new products to market, and customers are eager to snap it all up.

Our anxiety to fast-track the next product often trumps the need for due diligence vis-a-vis the safety and security concerns of IoT devices. This begs the question: Are we barreling full steam ahead in pursuit of the latest and greatest technical wizardry, at the expense of our own safety and security?

To get a better grip on this topic, it’s important to scrutinize some of the security challenges that our technological advancements have created. Here are 5 bruising examples of how privacy, safety, and security have suffered in our pursuit of enhanced interconnectedness: 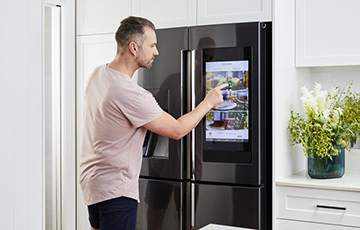 The Internet of things is most pronounced in our most sacred domains, our homes. Nowadays, people are connecting their refrigerators, computers, wearable technology, AC units, boilers, pet feeders, aquariums, security systems, and entertainment systems via Internet routers to their smartphones. 2019 trends indicate a strong demand for video entertainment, smart speakers, smart lighting, home monitoring, thermostat control, and other applications. The comfort and convenience of interconnected devices is the sole focus, while the security of these connections is often overlooked.

Smart home systems may be safe overall, but the individual components on those systems may be subject to attack. For example, failure to update software on individual home systems can render them vulnerable to attack. Fortunately, there are several safeguards that can be implemented to beef up the security of interconnected devices, notably virtual private networks (VPNs) on routers, enhanced security control features such as password protectors, antivirus software, and constant updating of firmware. It is necessary to implement a holistic approach to IoT security, and engineers need to stay abreast of the latest security threats and challenges to protect users from being hacked.