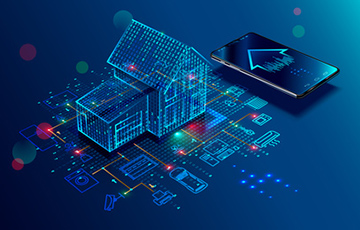 According to a new research report from the IoT analyst firm Berg Insight, the number smart homes in Europe and North America reached 64 million in 2018.

The most advanced smart home market is North America, having an installed base of 33.8 million smart homes at the end of the year. This represents a penetration of 24 percent. Between 2017 and 2018, the market grew by 38.6 percent year-on-year. The strong market growth is expected to continue in the next five years. By 2023, Berg Insight estimates that more than 60.3 million homes in North America will be smart, meaning 41 percent of all homes in the region. 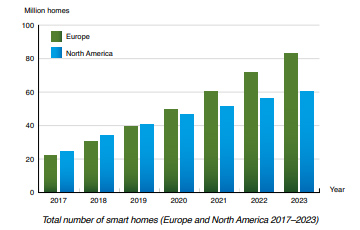 “On the North American market, interactive home security systems have emerged as the most common type of smart home systems.”

This type of systems represented 41 percent of the 13.3 million whole-home systems in the region at the end of 2018. The largest home security providers include ADT, Vivint and Comcast.