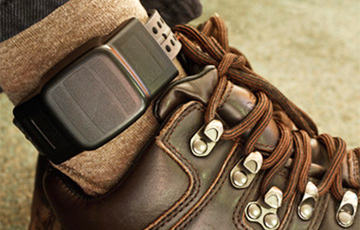 The number of participants in EM programmes on a daily basis amounted to around 39,000 people in Europe and around 231,000 people in North America in 2019.

The market value for Electronic Monitoring including equipment, software and services in Europe was about € 190 million in 2019. Growing at a compound annual growth rate (CAGR) of 9 percent, this number is expected to reach € 270 million by 2023. The North American market for EM is forecasted to grow at a CAGR of 9 percent from US$ 850 million in 2019 to close to US$ 1.2 billion in 2023.

The aim of EM programmes is to increase offender accountability, reduce recidivism rates and enhance public safety by providing an additional tool to traditional methods of community supervision. Policy makers, corrections authorities and private sector service providers also advocate for extended EM programmes to reduce total correctional system costs and reduce the prison population. Prison overcrowding is a major problem in many countries, especially in the US which has the largest prison population and prison population rate in the world. Even though EM programmes have been in use for more than a decade in most countries, the usage remains relatively low in the European and North American correctional systems. There are two major technologies used in electronic monitoring programmes – RF and GPS. In North America, around 75 percent of the devices used are based on GPS and cellular technology. In Europe, RF is the dominant technology and GPS-based systems account for a mere 5 percent of all systems used. 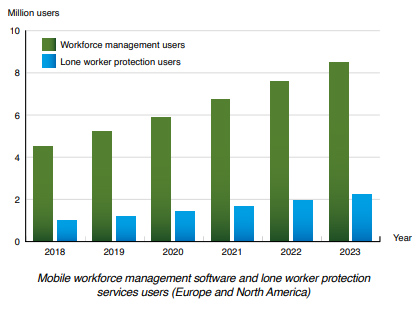 In recent years, the leading providers of EM solutions have focused on developing advanced software and analytical tools to help officers prioritize and manage alerts more effectively. “The time spent analysing each offender can be reduced significantly with the use of improved software”, says Martin Backman, IoT Analyst at Berg Insight. The latest solutions released on the market also have extended functionalities.

“Offender monitoring systems today can not only provide offenders’ real-time location but also analyse behavioural and travel patterns which can be used to identify and prioritize high-risk offenders.”