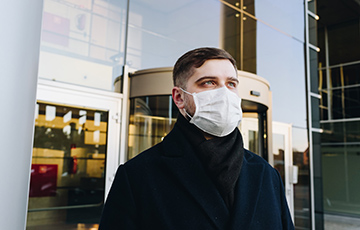 MachineSense is releasing a beta version of FeverSense™, a low-cost, infrared temperature scanning system that can be installed in the form of a gate or retrofitted to be installed at any entrance location for the automatic scanning of human body temperature.

FeverSense™ can be installed in a gate or retrofitted into an existing entrance. The machine scans the temperature of each individual as they come close to the system. This system would record the body temperature of every person who approaches the entrance of a retail store, factory or office, etc., and can be monitored and stored automatically.

The system provides an alert if an elevated body temperature has been detected, allowing the person to be identified and isolated effectively. Further, the system is aided with a mobile app for self-registration of people who have been detected with an elevated temperature.

“Local authorities could enforce immediate quarantine of high-risk individuals if such actions are warranted in a city or a county.”

MachineSense is running a beta test of the FeverSense™ system with Novatec, Inc., a plastic machinery company located in Baltimore, MD which has been open during the state-mandated lockdown due to its classification as an essential manufacturing company.

“The entire product has been developed from concept to production within two weeks using MachineSense wearable sensors with edge technology and 3-D printing from Additive Accelerator, LLC,” said Conrad Bessemer who co-owns and operates both businesses. Bessemer is also a co-owner of Novatec, Inc. and is well-known in the plastics industry.

Versions of a similar product to use in personal homes are planned. “In the at-home version, infrared technology will trigger an automatic doorbell alert that would sense if a person is standing outside, avoiding the need to touch a doorbell. The system would alert the homeowner if the guest has an elevated temperature,” explained Pal.

“MachineSense has applied for a patent for its FeverSense™ innovation that will deliver low cost, faster scanning of infrared body temperatures which many believe will be a gamechanger in slowing down any epidemic by isolating the people with a fever from public places,” Pal said.

IoT in Action Virtual Learning:
Register now to get access to a collection of online training resources that showcase how companies are being purposeful in their use of IoT across different industries and business use cases.