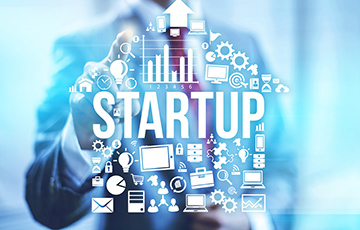 The deal was led by Creo Capital, the venture arm of NWS Holdings Limited, followed by Shunwei, a leading venture capital firm from China, whose portfolio includes billions of investments in tech companies in East and Southeast Asia. This investment will be used to advance the production of high-performing infrastructure and edge devices, and further market the company’s initiatives to make IoT simple.

Since 2014, RAKhas been delivering simple but powerful tools that eliminate barriers in IoT connectivity and empower people to build a smart future. RAK’s continuous development of these IoT solutions empower innovators and commercial enterprises to build the right environment for their property. The brand has held partnerships with some of the world’s leading tech players such as: Apple, Amazon, Alibaba, Tencent, and Microsoft. These partnerships have fueled thousands of small and medium enterprises with best-in-breed IoT technology.

“At RAK, our core motivation is to make things easier to build in the IoT world. We want to help developers to transition smoothly from prototype to commercial product. We understand what developers require to build a ready-to-use product: it’s not just the tools that they need, they also need more value-added services like customized enclosure, assembly, labeling, provisioning, etc.”, says RAK CEO, Ken Yu.

“With this round of funding, we aim to build a truly one-stop service factory, enabling us not only to create and produce better products, but also to provide custom design, assembly service and more to our customers.”

Starting with its LoRa modules that are the backbone of low-power wide-area networks, RAK engineers constructed robust indoor and outdoor gateways that enterprises use to boost their networking connections and operations. Its durable nodes, which help collect real-time accurate data from the environment, were the next step in paving the way for efficient maintenance of infrastructures.

Through the years, RAK has attracted not only the local IoT community but also foreign leaders in information technology. From its headquarters in Shenzhen, R&D center and office in Xi’an and Beijing, China, the RAK brand has reached the rest of Asia, Europe, America, Australia and Africa.

RAK’s newest investment deal is a huge vote of confidence not only in the company but also in the ever-expanding IoT market. In 2018, the IoT market was valued at 190 billion USD, 75.4 billion of which come from the Asia Pacific region, specifically in China where RAK is headquartered. Now, the technology sector is projected to rapidly grow in agriculture and banking services, and obtain 1.6 trillion USD in revenue by 2025.

Tags:funding
Previous : Fleet Management: How to reduce the chance of trucking accidents
Next : How to Select an IoT Product Development service partner?