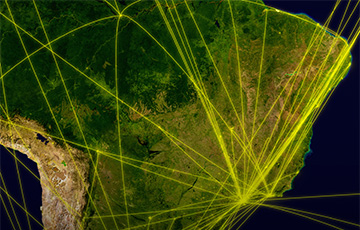 Telit, a global enabler of the Internet of Things (IoT), today announced an expansion of its partnership with Hi-Mix Eletrônicos S/A, an Electronic Manufacturing Service (EMS) provider in Brazil, to include production of LTE modules.

The expansion directly benefits Telit customers in Latin America by enabling them to take advantage of two major tax credits for modules manufactured in Brazil.

For over a decade, Telit and Hi-Mix have jointly manufactured 2G and 3G modules in Brazil. Under the expanded partnership, Hi-Mix will initially produce the Telit ML865G1-WW 4G LTE modules in April 2021, with future expansion to manufacture the ME310G1-WW and ME910G1-WW modules as well the LE910S1 Family of LTE modules.

“This expansion gives Brazil’s device vendors and systems designers a broad selection of 4G solutions — and at significant savings compared to imported products.”

“By expanding our partnership with Hi-Mix, we’ve reinforced our commitment to OEMs, systems integrators and other customers in Brazil and the rest of the LATAM region,” said Dennis Kelly, senior vice president sales Americas, Telit. “Beginning with the Telit ML865G1-WW, users can leverage both Telit’s leadership in LTE and a significant IPI savings, giving them both competitive and financial benefits that wouldn’t be possible without our close relationship with Hi-Mix.”