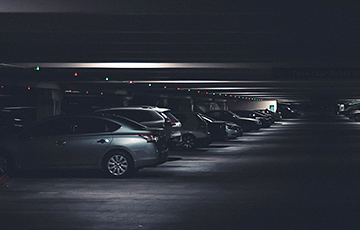 Parkki, a French tech company is leveraging LiDAR technology to make parking your car at the shops an easier, quicker and ultimately smarter experience.

Speculation about the impact of technology on our lives tends to focus on the dramatic, exciting stuff. Flying cars. Space travel. Humanoid robots. Laser guns.

What it often glosses over is the impact on the more benign things. Artificial intelligence powering our Google searches. Sensors that monitor our fresh produce in transit. Tap-and-go payment systems. Or smart parking management, for that matter.

Although science fiction predicted that we’d all be zipping around in flying cars and the odd eccentric billionaire said that cars would be driving us by now, we’re still on the road and behind the wheel (besides which, even flying cars need somewhere to park). Like taxes, difficult in-laws and lost socks, navigating parking lots searching for a place to park is a universal problem. That’s what makes the seemingly unexciting technological innovation behind Parkki so legitimately exciting.

Simply put, the French tech company’s goal is to make parking smarter, easier and more transparent. To do so, they use LiDAR sensors to monitor the availability of parking spaces, making that information available to customers via digital signage and custom mall mobile parking applications. The idea is that by removing the stress of searching for a parking spot, malls and retail spaces can better serve customers’ needs and increase the likelihood of them returning – in effect boosting customer loyalty through a better parking experience.

It’s not just customers who benefit from this information, however. It turns out the humble car park is a rich source of information about consumer behaviour and use of public spaces. By analysing vehicle flows, time in a parking lot, which bays are occupied the most, and other similar data, mall management can better manage their infrastructure, logistics and tenants, and plan for future development.

Eye in the sky

Parkki employs various technologies to monitor parking lots, one of which is the LightWare SF30/C LiDAR sensor. The company has positioned more than 100 of these small power- and cost-effective sensors on top of streetlights in car parks around the city of Lille in France, with each capable of scanning a wide area covering up to 40 parking bays.

LiDAR, which stands for “light detection and ranging”, functions by pulsing lasers of varying wavelengths exceptionally rapidly at the world around it, measuring the time the light takes to return to the sensor to build a map of its surroundings. Because the unit generates its own light, it is unaffected by ambient light or changes in weather.

In the past, LiDAR units were cumbersome and expensive, but advances in miniaturisation and a sharp decline in prices – as demonstrated in the LightWare SF30/C, for example – have opened a vast range of Internet of Things (IoT) applications for this technology. For instance, LiDAR scanners can profile the size of moving vehicles on toll roads to charge them accordingly. They can monitor pedestrian and vehicular movement at intersections to improve traffic management. They can activate streetlights or increase their intensity when there is actually traffic there, saving power. More complex applications include building 3D maps of cities that show pollution and sunlight movement, enabling better city planning.

Parkki’s solution has, until now, focused primarily on the retail sector, but they have plans to expand it to airports and other large public spaces, taking us one more step closer to the city of the future.