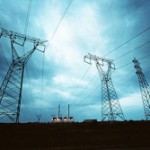 A number of new initiatives aimed to accelerate the modernization of the United States’ electric infrastructure, bolster electric grid innovation, and advance a clean energy economy were announced yesterday.

The new initiatives include the following:

Further, actions to enhance the cybersecurity of the grid will include ensuring grid operators have access to actionable threat information to the grid, supporting research and development for better cybersecurity measures, and working with private sector stakeholders to establish accountability for meeting cybersecurity standards.

Finally, the Department of Energy, as proposed in the President’s FY ’12 budget request, is planning to a create a Smart Grid Innovation Hub to bring together federal researchers, private sector innovators, and utility representatives to support research, development, and deployment of smart grid technologies. In addition, the Department’s Advanced Research Project Agency-Energy is funding new grid controls research and is collaborating with utilities and military bases to test promising new transformational technologies.

At the same time a new report, “A Policy Framework for the 21st Century Grid,” was released by the National Science and Technology Council (NSTC), delineating four overarching goals the Administration will pursue in order to ensure that all Americans benefit from investments in the nation’s electric infrastructure. These are better alignment of economic incentives to boost development and deployment of smart grid technologies, a greater focus on standards and interoperability to enable greater innovation, empowerment of consumers with enhanced information to save energy, ensure privacy, and shrink bills, and improved grid security and resilience.