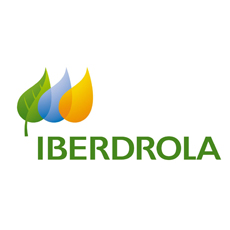 Spanish utility Iberdrola has awarded seven companies contracts with a total value of €300 million to supply one million meters with remote management capabilities, to advance its smart grid projects in Spain.

The companies are ZIV, Landis&Gyr, Sagemcom, Sogecam, Orbis, Elster and GE. The meters are based on the PRIME powerline communication standard.

The project forms part of the STAR (Sistema de Telegestión y Automatización de Red/Remote Grid Management and Automation System) project, which will see some €2 billion invested by Iberdrola in smart grid activities by 2018.

Having successfully completed the first stage of the STAR project in Castellón, where 100,000 meters were changed, Iberdrola is extending the rollout to all of the regions where it has an electricity distribution grid.

In the Basque Country, the company is engaged in with the Basque government, via the Basque Energy Entity (EVE), based in the province of Biscay. This project involves the adaptation of over 1,100 transformation centers and renovation of some 230,000 meters.

Another project is PRICE, which will consist of the replacement of some 200,000 smart meters (100,000 by Iberdrola) and the refurbishment of 1,600 transformation centers in the Henares Corridor in the Madrid region, as well as in Guadalajara.

Iberdrola is also making progress in transforming and modernizing its electricity distribution grid in other regions, such as Murcia, Extremadura, Castile-La Mancha and the Valencia region.

In the STAR project 10.3 million traditional meters will be replaced with the new smart devices and some 80,000 transformation centers will be equipped with remote management, supervision and automation capabilities.

As well as the initiatives in Spain, Iberdrola is also about to complete its first smart grid projects in the United States, where it has installed over 550,000 smart meter devices, and in Scotland, where 30,000 customers in Glasgow will benefit from this new technology.