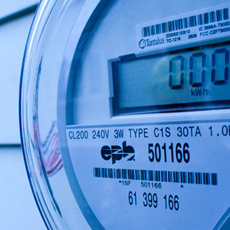 Smart meters will play a growing role in federal and state regulatory and political policymaking, future retail rate design and system reliability standards, according to Fitch Ratings in a new report.

This expectation follows the 2011 Federal Energy Regulatory Commission ruling that demand response was equivalent to electric generation and supply, as smart meters are a cornerstone in demand response and energy efficiency programs.

In the report Fitch notes that the total number of smart meters deployed since 2008 has risen 53 percent to 70.4 million units for 2010 from 45.9 million units.

AMI smart meter deployments are driving that growth, and accounted for more than 64 percent of new meters installed during that time. Demand for AMI meters is increasing, as they allow the utility greater flexibility in load management in periods of high demand.

The economics of energy efficiency are compelling, state Fitch. The cost of not consuming electricity (“negawatt”) is the least-cost alternative, compared with all other sources of new power generation. Energy efficiency programs can reduce the need for new power generation and smart meters can reduce the reliance on inefficient and high cost peaking power plants through load shaping and demand response.

Smart meters are mutually beneficial to utilities and their customers, adds Fitch. They reduce utility operating costs, and they are a key component to customer interface for managing consumption. However, they are not without controversy with questions about health concerns related to RF emissions and claims about billing accuracy and privacy issues.