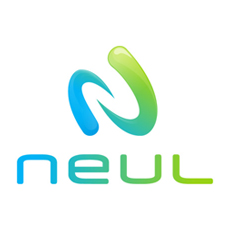 RuralConnect, the first product in a line co-created by the two leaders in white space technologies, follows the announcement of a global partnership in October 2011, and is aimed at bringing affordable broadband to millions around the world. 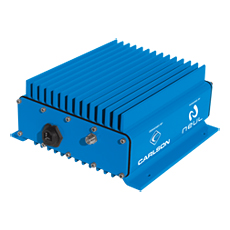 The Neul and Carlson system will give users up to 16 Mbps of bandwidth for each available vacant TV channel and unmatched ability to make long range, non-line-of-sight links. Designed specifically for the needs of wireless Internet service providers (WISPs), RuralConnect has been priced to make it immediately commercially viable. Samples and development kits are available now, with volume shipments of the new system to start as soon as Q2, 2012.

Thanks to the extension of the Payroll Tax Bill, passed in February 2012, white space radio is now fully available in the US, opening up a host of opportunities and new markets that are currently difficult to serve without expensive licensed spectrum or extensive infrastructure. This has piqued the interest of many investors and venture capitalists looking to tap in to the unlimited possibilities of this emerging technology.

RuralConnect technology, jointly developed by Neul and Carlson, uses ‘white spaces,’ (or unused portions of UHF spectrum), for digital communication. Due to its outstanding propagation characteristics, UHF signals can travel through walls and other obstacles: Line of sight is not needed to the subscriber’s home.

However, it is not enough just to be able to send a signal a long way. On long-range links reflections from buildings and terrain cause signals to travel via many different routes from the transmitter to the receiver. These multipath signals interfere can with each other, potentially causing unreliable, slow connections. RuralConnect uses state of the art SCFDE technology to cancel the effect of multipath allowing reliable long range connections, whatever the terrain.

As a result WISPs using the new system can offer superior coverage over wide areas with limited base-station sites. It also enables the transfer of more data at higher data rates, driving additional revenue with minimal additional investment. Depending on the area, up to 20 channels are available, increasing the amount of non-line-of-sight capable spectrum available by a factor of 10.

Concurrently, Carlson is launching a line of omnidirectional and sectoral, high-gain, base-station antennas designed specifically for TV white-space broadband. The first of their kind, these antennas are powerful, affordable, and energy efficient.

“RuralConnect marks a major milestone in the realization of white space technologies, which have been in development for a while,” commented Luke D’Arcy, VP of Marketing at Neul.

“We are well-positioned to make the most of the TV white space opportunity,” said Jim Carlson, CEO of Carlson. “We have the regulatory experience, tactical partnerships, and pre-emptive technology to successfully deliver this market-disruptive product. RuralConnect is a proprietary combination of Carlson’s hardware and Neul’s software, resulting in an affordable, high-performance system that is attracting the attention of investors globally.”