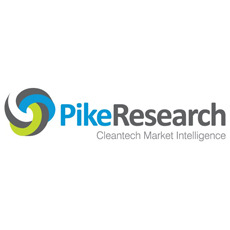 After a relatively frantic acceleration period from 2009 to 2011, the smart meter market is cooling off.

This was inevitable: the fast pace of deployments was never going to be sustained, and the market is returning to a more normal clip, with certain areas still poised for growth. According to a new tracker report from Pike Research, global shipments of smart meters fell to 15.1 million units in the first quarter of 2012, a 15% decline from the fourth quarter of 2011. Year-over-year, that represents a 14% drop from the same period in 2011, when 17.5 million smart meters were shipped.

“The U.S. government’s stimulus money, which had been an important driver of projects, has nearly run out, and many utilities have either finished projects or are starting to wind them down. We expect shipments to continue to be soft this year as the industry returns to a more predictable rollout schedule in North America. However, other markets like Europe and parts of Asia should help buoy the global smart meter business.”

Even China, which has been deploying meters at a headlong pace, is showing signs of a smart meter slowdown as foreign suppliers note softer demand in the region. Still, China continues to deploy large volumes of devices, albeit at a more measured pace. And despite the slowdown, some noteworthy deployments were announced during the quarter. Tokyo Electric Power Company (TEPCO) said it would begin rolling out 17 million smart meters in Japan through 2019. And in Spain, Iberdrola announced deals with seven meter manufacturers that will supply 1 million smart meters as part of the utility’s initial rollout of devices through 2018. In the United Kingdom, meter manufacturer Landis+Gyr, aiming to take advantage of the government mandate to have every home and business equipped with a smart meter by 2019, signed a deal with Chinese telecom equipment giant Huawei to collaborate on smart meter communications technology for the U.K. market.