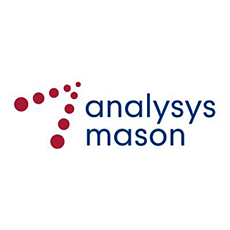 More than 2 billion devices to be connected worldwide by 2021, with the industry set to grow at a CAGR of up to 50% in some sectors.

A new report from Analysys Mason predicts that machine-to-machine (M2M) device connections worldwide will grow by a factor of 20 in the next ten years, from 100.4 million to 2.1 billion.
Revenue associated with M2M connectivity will also increase dramatically over the same period, from USD5.7 billion in 2011 to USD50.9 billion in 2021.

The report predicts that ARPU rates generated by M2M connectivity will decline markedly throughout the next decade, from a worldwide average of USD4.71 per month per connection to just USD1.98 in 2021.

“This per connection revenue decline will be caused by increasing price pressure and growth in the number of M2M device connections in emerging markets,” explained Steve Hilton, lead author of the report and Principal Analyst of Analysys Mason’s Enterprise and SME Strategies research programmes.
“ARPU rates for M2M applications are generally lower in emerging markets than in developed markets.”

In 2011, slightly less than 20% of M2M connections were over fixed-line networks, and it is predicted that this figure will decrease to just 7% by 2021. According to the report, almost all fixed-line M2M solutions are in developed countries, because reliable, affordable fixed-line connectivity is difficult to purchase in emerging markets.

“However, mobile operators in developed markets are offering mobile connectivity at attractive prices, and most M2M solutions have fairly low bandwidth requirements. As a result, more and more enterprises are choosing mobile M2M rather than fixed-line M2M.”

Other headlines from the report include:

M2M device connections, revenue and ARPU: worldwide forecast 2011–2021 is available for purchase as a standalone report for USD7999 via www.analysysmason.com/M2M2012

Tags:Analysys MasonM2M communicationsM2M market datamarket forecastmarket research
Previous : Worldwide Smart Meter Shipments Fell by 15% in the First Quarter of 2012 as North American Programs Wind Down
Next : GSMA Announces the Proliferation of Connected Devices in China Will Be Worth More than US$700 Billion in 2020