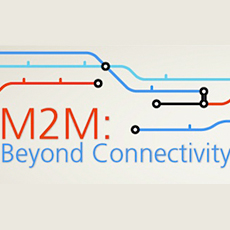 Analysts have predicted that anywhere between 12 billion and 50 billion devices will become connected within the next few years.
Beecham Research predicts global revenues will grow to more than €25 billion by 2016, while Analysys Mason predicts the total will be €41.5 billion by 2021.
However, 26 percent of those who have taken the European Communications survey believe such predictions are, from an operator point of view, overstated.

But the vast majority, 65 percent, thinks the potential growth being mentioned is “about right”.
Brian Partidge, VP of research at the Yankee Group, said he backed the majority view.
He told European Communications:

“Heavy interest and activity in the sector in just the past year is proving M2M has staying power and will remain one of the highest-growth areas in the telecommunications industry in the foreseeable future.”

The survey results form part of a special report into M2M, which also includes an analysis of the role operators will play in the value chain and a look at the future impact on operator networks.