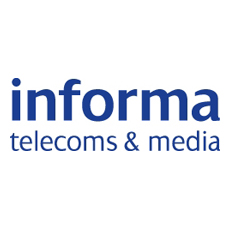 Cellular M2M connections totaled 132 million as of June 2012, and generated US$5.68 billion over the preceding 12 months, according to the latest data from Informa Telecoms & Media.

With connections having increased 22% in the last year, the M2M market represents an important new growth area for mobile operators. But it is diminutive compared with the cellular business as a whole. To put the M2M numbers into perspective, total global cellular connections were 6.28 billion at the end of June and annualized operator service revenues totaled US$1.14 trillion. This means just one M2M connection exists for every 50 “human” connections and US$1 of M2M revenue is generated for every US$200 of service revenues.

“M2M connections and M2M revenues are neither as high nor growing as rapidly as some are anticipating”, says Jamie Moss, senior analyst for M2M at Informa Telecoms & Media. “However, this does not detract in the slightest from the validity – or long-term prospects – of the market”, he adds.

“Indeed, M2M could do well without the hype that is associated with every ‘next big thing’, for it operates on entirely different grounds to consumer services and as a consequence needs to be judged by different standards.”

Informa Telecoms & Media believes that there are three reasons why expectations for the growth of M2M have been exaggerated:

• Connectivity is unlikely to find its way into everything we own – only for things where a viable business model exists for the manufacturer or service provider concerned. And where connectivity does have a role to play, in many cases it will be on a per-household basis rather than at the per-person level (e.g., one smart meter and one connected car per family).

• Many M2M connections will not be point-to-point – they will involve one or more steps of aggregation: for example, white goods via Zigbee to a home hub; smart meters via mesh network to a concentrator serving one or more streets. The concentrator then has a single cellular backhaul connection to the PSTN. Only a portion of all M2M connections will be cellular, although it is likely to be the bearer of choice for the highest-value connections to revenue-generating units (RGUs), where guarantees of Quality of Service (QoS) are required.

• Carrier reporting of M2M connections is inconsistent and is often combined with cellular connectivity for all manner of devices (such as tablets), comparable only by virtue of the fact that they are something other than mobile phones. To assume that these reported figures all relate to M2M devices runs the risk of over-estimating the size of the current market by up to 100%, depending on the carrier in question.

The bulk of the value in M2M today comes from the mature application-specific vertical of fleet tracking, while newer emerging service markets, such as that for digital signage, are also showing strong average revenue per connection. Meanwhile, the volume in the M2M market remains in the lower-value areas such as smart metering and in basic eCall-enabled passenger vehicles in the future.

“Most wireless carriers will seek to improve their revenue potential beyond simple connectivity as much as possible. Platforms dedicated to value-added service creation for M2M are already being deployed by carriers, but how successful they will be in addressing this portion of the market, currently dominated by small independent specialists, has yet to be demonstrated,” concludes Moss.

About Cellular M2M tracker
Informa Telecoms & Media’s Cellular M2M Tracker (www.informatandm.com/m2mtracker) provides quarterly short-term forecasts (until year-end 2014) for all wireless carrier operating groups, for each global region, as well as for 40 key national markets (plus “rest-of” figures for the collective remainder within each region). Cellular M2M connection figures as well as carrier revenue information is provided – along with a myriad of associated, derived metrics. Uniquely, the product not only projects forward based upon a granular analysis of real-world growth trends, but provides quarterly historical information going back to 1Q09 for all of the above, providing all of the raw data required to apply custom growth scenarios to the M2M market. The Cellular M2M Tracker is updated every quarter.