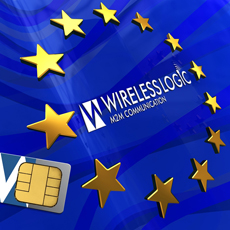 Wireless Logic, an industry-leading provider of M2M (Machine to Machine) managed services and connectivity, has firmly cemented its place within the European market space with a number of key airtime partnerships.  Following the opening of three strategic country offices in Germany, France and Spain, the UK headquartered organisation can now include Bouygues, SFR, Vodafone Germany, Vodafone Spain and O2 Global as part of its M2M offering. This is in addition to incumbent networks including Vodafone UK and Global, O2, Everything Everywhere and Telenor.

The new breadth of networks gives Wireless Logic an unrivalled proposition to developers, integrators and end-users with a choice of connectivity partners all managed across their own provisioning, monitoring and control Platform-as-a-service (PaaS), ‘SIMpro3’. The platform allows users 360⁰ visibility across entire SIM estates, with real-time usage statistics, tailored billing solutions, and complete provisioning and tariff management to all networks.
Oliver Tucker, co-founder and Group Managing Director Wireless Logic explains the significance of the organisation’s PaaS and increased mobile network offering:
“Our expanded European network portfolio delivers more choice to customers.  All networks are linked across our PaaS enabling users to conduct and control their entire SIM estates through one window – particularly important when managing assets over several countries or regions. SIMpro3 continues to be a major investment for the group as we integrate more network partners into our markets.”

With the unprecedented proliferation of M2M connectivity – Analysys Mason forecasts 2.1billion connected devices by 2021 compared with 100.1million in 2011*- the market is also expected to see ARPU rates decline throughout the next decade according to Analysys Mason’s Steve Hilton, lead author of the report ‘M2M device connections, revenue and ARPU: worldwide forecast 2011–2021’:
“This per connection revenue decline will be caused by increasing price pressure and growth in the number of M2M device connections in emerging markets,” explains Steve Hilton.

Oliver Tucker of Wireless Logic acknowledges the revenue challenges faced by the sector:
“More than ever, customers need value throughout the M2M connectivity pathway; that’s why important bolt-ons such as Wireless Logic’s ManageNet – our virtual secure private network, have come to represent vital service differentiators allowing users to enjoy resilient networking at a fraction of the cost of their own tailored solutions. Most recently, we have also launched a number of bundled offerings combining connectivity and NAVTEQ mapping platform in conjunction with Nokia Location & Commerce. Bringing together complementary software solutions, amortised across a single monthly airtime cost, suits customers looking to simplify their asset procurement strategies.”

“All three countries are performing well. We’ve put in place senior country managers with direct M2M experience – the Wireless Logic European proposition is strong and with the new network agreements we can bring a comprehensive managed services solution including real-time data monitoring, tailored billing and remote provisioning – across multiple networks.”