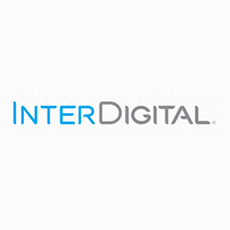 The joint venture, called Convida Wireless, will focus on driving new research in the growing field of M2M wireless communications and other connectivity areas.

Convida Wireless represents a new collaboration between Sony, a longtime technology leader, and InterDigital Solutions, a unit announced in October by InterDigital that explores new engagement models with industry players. Based on the terms of the agreement, the parties will contribute funding and resources for additional M2M research and platform development, which will be carried out by InterDigital Solutions. Stephens Capital Partners LLC, the principal investing affiliate of Stephens Inc., a full service investment banking firm headquartered in Little Rock, Arkansas, will be a minority investor in Convida Wireless. The agreement also includes a patent license from InterDigital for Sony’s 3G and 4G products.

“Mobile is one of Sony’s core businesses, and this joint venture will help us strengthen our foundation in this important area, focusing specifically on machine-to-machine wireless technologies. Given the pioneering efforts of InterDigital’s engineers in this growing field, we can’t think of a better partner.”

“Moreover, in a market that is by its very nature collaborative, we expect Convida Wireless to be a platform for additional industry collaboration.”

“We’re honored to partner with Sony, a company that is synonymous with so many advances in consumer technology, and to contribute our expertise in core wireless research. InterDigital’s research efforts in M2M are mature, and have from the start been focused on creating a standards-based framework to benefit all companies in the wireless space – operators, device makers and others. We believe that collaborating with Sony through Convida Wireless will bring those efforts to the next level,” said William J. Merritt, President and CEO of InterDigital.

About InterDigital®
InterDigital develops fundamental wireless technologies that are at the core of mobile devices, networks, and services worldwide. We solve many of the industry’s most critical and complex technical challenges, inventing solutions for more efficient broadband networks and a richer multimedia experience years ahead of market deployment. InterDigital has licenses and strategic relationships with many of the world’s leading wireless companies. Founded in 1972, InterDigital is listed on NASDAQ and is included in the S&P MidCap 400® index. InterDigital is a registered trademark of InterDigital, Inc. For more information, visit: www.interdigital.com.