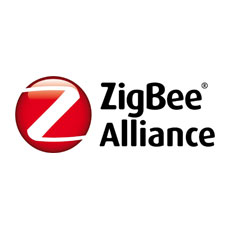 The ZigBee® Alliance, a global ecosystem of companies creating wireless solutions for use in energy management, commercial and consumer applications, and Telecommunications Technology Committee (TTC), a non-profit and private standards development organization on information and communication technologies (ICTs) in Japan, today announced the signing of a memorandum of understanding (MoU) between the two standards development organizations to work together towards inclusion of ZigBee IP as a TTC standard.

The MoU was signed recently in Tokyo by Yoichi Maeda , CEO of TTC and Dr. Bob Heile , Chairman Emeritus and Chief Technologist of the ZigBee Alliance.

ZigBee is an association of companies working together to enable reliable, cost-effective, low-power, wirelessly networked, monitoring and control products based on an open global standard. TTC develops and publishes “TTC Standards” describing the technical specifications on various aspects of ICTs. Under this MoU, ZigBee and TTC agree to work together on the adoption of the ZigBee Internet Protocol Standard (ZigBee IP) as a standard in TTC.

As a result of the MoU, the first TTC standard based on this agreement – JJ-300.10, “Home Network Communication Interface for ECHONET Lite (IEEE802.15.4/4e/4g@920MHz-band Wireless)” was published.

“ZigBee IP expands the realm of IP based monitoring and control that is essential for the emerging needs of energy management systems and corresponding services at home, office, and industry. Its inclusion as a TTC standard will accelerate the home network and public utilities market in Japan.”

“The global interoperability as a whole system is very important in this area, and TTC’s aim is de-jure standardization of such systems for future work, with the cooperation of ZigBee Alliance and other partners.”

ZigBee IP continues the ZigBee tradition of self-organizing and self-healing mesh networking standards to enable robust communications over the globally available 2.4 GHz frequency as well as other frequencies such as 920 MHz in Japan.

Tobin Richardson , Chairman and CEO of the ZigBee Alliance, said:
“As one of the largest and technologically most advanced economies of the world, Japan will play an important role in the realization of the vision of IoT. TTC is a key developer and promoter of communications standards in Japan and having ZigBee IP become a TTC standard will widen ZigBee adoption and propel the IoT space in Japan.”