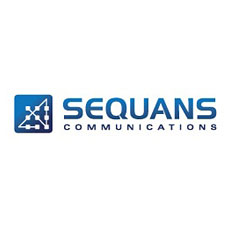 4G chipmaker Sequans Communications S.A. announced that its Firefly LTE platform, based on its SQN3101 LTE baseband chip, has been adopted by HiveMotion, a Korean maker of mobile multimedia solutions, for a new LTE-only module for M2M applications in Korea.

The HiveMotion module, named COSMOS, combines Sequans’ Firefly LTE platform with an RF front-end and key interfaces, offering device manufacturers a complete solution for the design of multiple types of LTE-enabled M2M devices for Korean mobile networks. Korea, one of the most advanced mobile marketplaces in the world, is approaching 100 percent LTE coverage by the three main mobile operators.

“Sequans provides a highly efficient and cost-effective single-mode LTE solution that is ideally suited to M2M applications,” said Jimmy Hong, HiveMotion CEO. “The Firefly LTE platform has the right combination of performance and features for M2M applications and we have used it to build a powerful, all-in-one LTE module that will speed time to market for M2M device designers.”

“The M2M market is gaining significant traction in the Asia-Pacific region and HiveMotion’s new LTE-only module will be in high demand in Korea for numerous applications and devices. The nearly complete LTE coverage in Korea gives rise to a very strong LTE-only market, of which M2M will be a significant portion.”

The Sequans Firefly LTE platform, including the SQN3101 baseband chip, is a member of Sequans’ StreamliteLTE™ product family for the Internet of Things. Firefly is designed for consumer electronics such as cameras, tablets, and e-readers, and machine-to-machine devices for numerous applications, including automotive, telematics, telecommunications, utilities, security, and logistics.

The Sequans-based COSMOS LTE module is currently undergoing final certification testing with major Korean mobile operators and is expected to be in mass production in Q3. Sequans’ LTE chips have already been certified in the US by Verizon Wireless and in China by China Mobile.