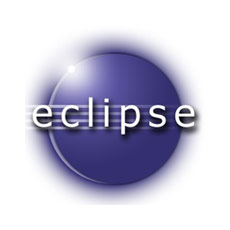 The Eclipse Foundation is pleased to announce that the Eclipse M2M Working Groupcontinues to make significant progress in establishing an open source software ecosystem for Machine-2-Machine (M2M) and Internet of Things (IoT) development.

M2M, which deals with connecting different types of machines and devices via a network, is one of the fastest growing technology segments – by some estimates approaching $100 billion. This new technology segment presents a number of software development challenges due to the complexity of the hardware and network architectures, lack of open standards, and issues of interoperability between vertical solutions.

Project Updates and Contributions
The existing Eclipse M2M projects continue to develop and release open source software for M2M developers. Some key new features and contribution for these projects include the following:

IBH will join the existing members of the working group: Axeda, Eurotech, IBM, and Sierra Wireless.

More information about Eclipse M2M is available at m2m.eclipse.org.

Tags:Eclipse FoundationEclipse M2M
Previous : M2M Cellular Connections to Exceed 450 Million by 2018 as ARPUs are Squeezed
Next : Who Let the Dogs Out? Company Provides Product to Keep Spot Safe