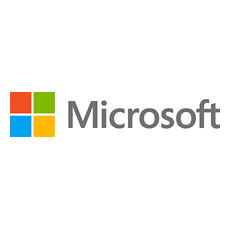 Developing wearable tech and other ideas for the Internet of Things just got a lot cheaper. Microsoft announced at their Build conference on Wednesday that they will give away licenses for their Windows operating system for free on any device with a screen of less than nine inches.

That means manufacturers of small tablets, phones and any other small devices won’t have to buy a license from Microsoft to use Windows, making it a lot more competitive with the Google Android operating system.

The announcement of the new policy accompanied a whole host of other news from Microsoft involving the new Windows Phone 8.1 and other software updates but for the free Windows licenses will likely stand out to startup companies and device makers as the biggest news since they will be able to spend money that would have gone to a license on other ways of improving their product.

“The news today shines a light on continued Windows innovation in ways that benefit our customers, partners and developers alike,” said Terry Myerson, executive vice president of Microsoft’s OS group during the keynote where the announcement was made.

“Our commitment is to make Windows more personal and accessible to individuals, and to ensure a vibrant ecosystem through closer collaboration with our industry partners.”

The Internet of Things is a pretty broad term but Microsoft was proud to show off some of the possibilities of Windows on tiny devices and applied to the growing “maker” market in areas like 3D printing. Of course part of the draw to the Internet of Things is how it’s possible to connect numerous small devices, phones, wearable technology that tracks vital signs, even to smart appliances in the home. It’s easier to build applications for them if they run on the same system and if that system is both widely known like Windows and free to license as it will be now, developers could easily turn to building with Windows in big numbers.

Microsoft has been attempting to build a market in smaller devices like tablets and smartphones where iOS and Android have continually dominated. Encouraging manufacturers to switch to Windows with a free license may be the solution especially when phone makers, although able to use Android for free, still have to pay Google to put Google apps on the phone.

It’s easy to get caught up in the hype of the Internet of Things but when a juggernaut like Microsoft starts making real commitments to building on it, the predictions of economists and the projections of entrepreneurs building smart devices look a lot more certain.