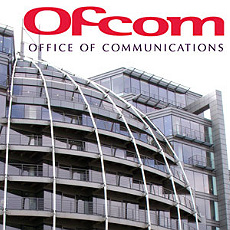 Telecoms regulator Ofcom has reported a 9% rise in the number of machine-to-machine (M2M) mobile data connections in the UK. There were 5.6m M2M connections in 2013, according to the regulator. The increase was revealed in Ofcom’s latest communications market report.

Ofcom defined M2M as cellular communications between machines, rather than between people, including “uses such as smart electricity meters, connected office equipment and connections with company vehicle fleets, provided directly by mobile network operators”.

“Most of this increase (6.2m connections) was in the number of mobile handsets that were used to make a data connection (up by 16.1% to 44.5m as a result of increasing smartphone take-up), although the number of M2M mobile connections also showed strong growth, up by 0.5m (9.0%) to 5.6m during the year.”

Data provided to Ofcom by the mobile providers showed that 73% of UK premises were in areas with 4G coverage from at least one provider in June 2014. Meanwhile, the report revealed that total operator-reported telecoms revenues fell by £0.6m to £38.6bn in 2013.

Speaking following the release of the eport, Ed Richards, chief executive of Ofcom, said:
“The convenience and simplicity of smartphones and tablets are helping us cram more activities into our daily lives.”

Ofcom’s director of research James Thickett said that technology is actually improving the work-life balance for some.