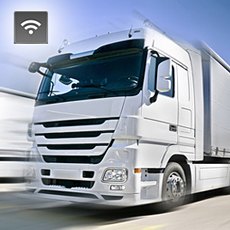 According to a new research report from the analyst firm Berg Insight, the number of active fleet management systems deployed in commercial vehicle fleets in North America was 4.0 million in Q4-2013.

Growing at a compound annual growth rate (CAGR) of 15.3 percent, this number is expected to reach 8.1 million by 2018. In Latin America, the number of active fleet management systems is expected to increase from 1.9 million in Q4-2013, growing at a CAGR of 16.1 percent to reach 3.9 million in 2018. The top ten providers of fleet management systems in the Americas now have a combined installed base of more than 2.5 million active units in the region. Leading solution providers including Fleetmatics, Trimble, Zonar Systems and Telogis now all have more than 300,000 active units in this market.

“These two deals are particularly interesting due to the fact that the well-known acquirers are newcomers to the fleet management space”, said Rickard Andersson, Senior Analyst, Berg Insight.

He adds that both FleetCor and Michelin decided to enter this market after having identified relevant synergies between its traditional product portfolios and fleet management solutions. The fleet management industry still remains overcrowded as there are hundreds of solution providers in the Americas alone. Numerous additional mergers and acquisitions are thus expected in this industry in the upcoming years.

“Berg Insight anticipates a future scenario where the global fleet management market is dominated by a handful of providers with installed bases measured in the millions.”