Guest post by James Mack, General Manager at M2M One.

Can you feel it? That swelling, bubbling torrent of hype? It started as a gentle nudge, maybe you saw it in an article, maybe a friend mentioned it over dinner or maybe one of your colleagues suggested you start looking into it… “The Internet of Things (IoT)”

If you’re anything like me – when you first heard the term the only thing you could think of was having a stern word with the genius that came up with such a terrible name; but sure enough people stuck with it and we as an industry seem to have embraced it.

Now it’s here to stay and everyone from major news outlets like CNN, financial journals like WSJ to my favorite podcasts are talking about it. It seems like there’s no escaping it, and now you have thousands of start-ups telling you why you need their particular wireless wonder device.

But that’s nothing new to you right? As a business leader you’ve had people trying to sell you the latest and greatest solution ever since you took the job. The problem with the Internet of Things is the compound nature of it’s spawning ground – The Internet. We had a sample of this with the last big trend in enterprise IT, good old Big Data but that was manageable because for the most part it focused on business. IoT is straddling that blurry line between consumer products and business tools, which compounds the noise ten-fold.

You’ve got analysts, experts and gurus telling you that your business needs to get on the IoT train before you miss out. The glaring problem I see with this statement is that if it’s supposed to be the powerful force for change it’s being hyped to be, why is it going anywhere? Sometimes it’s not about being first, it’s about being smart and whatever you do, don’t ask the question…

“How do I get started with IoT?”

This question is the exact opposite of the million-dollar question; in fact it will probably end up costing you a lot more. Asking how assumes that you’ve answered the real question, which is “Why?”

I could introduce you to solutions that would connect nearly everything in your business to the Internet; your office heating and cooling system, your fleet of company vehicles, your electricity meters and even your vacuum cleaner, but ask yourself “Why?”

Trust me, the “How?” is going down the rabbit hole, it only leads to more questions. Start with the “Why?” and you start with a set goal that you need to achieve, this partially follows on from my previous post on control you need an outcome or you’re just throwing money at nothing.

You already have the answers

Unless you’re doing something very wrong, you are surrounded by people who understand your business inside and out, most people if they are even a tenth invested in doing a good job will have some ideas around how to make their job more efficient. The problem is they might not have the tools to do it.

That’s really the idea behind the IoT, it’s providing you with the tools to get the information you need to produce actionable results.

The Challenge
You’ve got an asset (it doesn’t really matter what it is); the important thing is that the more time it spends outside of a particular location (let’s say your warehouse), the more money you make.

The Solution
So you fit a tracking device that sends you streams and streams of data in real time and all of a sudden you know absolutely everything about the movement of that particular asset down to the second.

The Results
It’s great! You employ a data analyst to crawl through every single event record and location string and work out that this asset needs to spend an additional 10% of it’s time outside of your warehouse for your to make 5% more revenue this month.

But….
Here’s the problem, the capital cost of the tracking device, hiring and analyst and the monthly fee for the data costs you nearly as much as you make from the analytics. Now you’re back to square one. 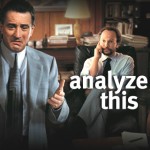 Analyze events, not everything

Instead of tracking the asset all the time, you set up a geo-fence around your warehouse, now you know exactly when the asset leaves and when it comes back, all the other information you had was nice to have but effectively useless for this exercise.

By only tracking when needed you can go for a cheaper tracking device, pay less in monthly fees and you don’t need to hire a full time analyst to dig for results. That’s the true power of The Internet of Things. I know this is a rather crude and simplistic example but the message remains the same, focus on the result you need not what your M2M/IoT device can do.

So what am I really trying to say here? Yes, the IoT is a powerful movement that will change the way we interact with the world around us and you should be excited, I know I am. But like any tool the more you use it the more proficient you get with it, experiment, make mistakes but make sure you have a set goal in mind.

Author: James Mack, General Manager – M2M One
# # #
The views and opinions expressed in this blog post are solely those of the author and do not necessarily reflect the opinions of M2M One or M2M Group.

Tags:internet of thingsIoTIoT insightsJames MackM2M One
Previous : KORE Wireless teams up with TCAM Technology
Next : The installed base of fleet management systems in China will reach 5.9 million units by 2019