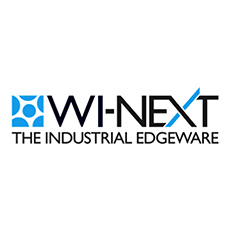 Wi-NEXT continues the technology leadership of its Industrial Edgeware product line with a new release of its WiseMESH® NOS. This latest version features the MQTT protocol as a native capability of its line of EdgeNodes and EndNodes used in industrial IoT deployments.

The integration of the MQTT protocol allows for all of Wi-NEXT’s industrial IoT building blocks to exchange data within its agile mesh network and upstream to multi-vendor Operating Support Systems (OSS) deployed on the Cloud.

“Wi-Next is an active participant in the industry debate over IoT protocols. We felt that the MQTT protocol has evolved into a de facto standard due to its flexibility, reliability and security features in the transport of IoT data from the edge to the Cloud”, said Massimiliano Galanti, CTO of Wi-Next.

“With this new version of our WiseMesh® NOS we extend our position as a first-mover providing to our clients the capability to easily and securely keep analytics and decision making close to the connected objects.”

Our product family of EdgeWare building blocks are small low-power WiFi solutions, ideally suited for developing industrial grade smart maintenance, monitoring, metering or other more generic automation applications. Our EdgeNode and EndNode units are multifunctional WiFi and low-power WiFi devices, capable of monitoring machine and equipment data that is sent to the Cloud via Wi-NEXT’s WiFi Agile Mesh networks. Both units can be easily connected to industrial machines, sensors and actuators via analog and digital interfaces.

This WiFi network technology allows different entities such as an industrial plant or an office building to turn their existing network infrastructure into an integral part of an IIoT solution by allowing the transfer of data from the edge directly to Cloud base applications.