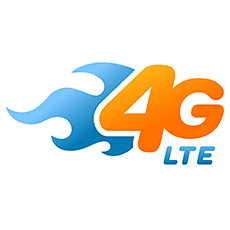 Number of 4G Operators Worldwide Surpasses 350; 4G Forecast to Account For More Than 30 Per Cent of Mobile Connections Globally by 2020.

“The rapid growth in 4G network deployments and connections, alongside expanding coverage reach, has made the move to 4G one of the fastest network technology migrations ever seen. GSMA Intelligence forecasts that global 4G connections will grow at more than 30 per cent a year (CAGR) from 2014 to 2020.”

“There is a tipping point we typically see when 4G grows to account for more than 20 per cent of a market that drives adoption of new services. This 20 per cent threshold has already been reached in some markets, and is forecast to happen by 2017-18 on a global basis, which will have a huge transformational impact.”

4G adoption is closely correlated to coverage, which in turn is dependent on the timing, type and amount of spectrum assigned to operators for 4G services. According to GSMA Intelligence, 4G deployments are typically being deployed using the Digital Dividend bands (700/800MHz), refarmed spectrum in existing 2G/3G bands (notably 1800MHz) or the IMT-extension bands (2500/2600MHz). Three-quarters of 4G deployments to date are running on one of these three bands, suggesting that progress is being made on 4G spectrum harmonisation.

Europe is currently home to the most individual 4G operators (108). However, almost half (47 per cent) of the world’s 4G connections are based in Asia Pacific, concentrated in markets such as South Korea, Japan and, increasingly, China. South Korea can be considered the most advanced mobile market in the world, with two-thirds of the country’s mobile connections running on 4G. On a regional (rather than country) basis, North America has the largest proportion of connections on 4G (44 per cent of the total).