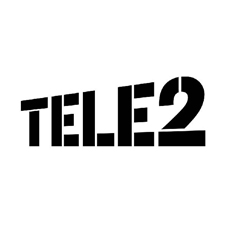 “This is further proof of Tele2 challenging and pushing the M2M/IoT game to new levels. As far as I know, Tele2 is the second operator in the world to publicly announce 4G/LTE for M2M/IoT services. We will now be able to utilize that technology for new exciting types of implementations, in the Tele2 footprint as well as together with applicable roaming partners.”

New implementations will include, amongst many other, CCTV with HD streaming, infotainment systems in cars or connected advertisements. These kind of services demand increased speeds, a more stable data connection and much shorter response times, which is empowered by 4G/LTE. The benefits of 4G/LTE are now enabled in the Tele2 M2M Control Center which is managed by Jasper, a global leader in IoT platforms.

Cindy Patterson, Chief Customer Officer at Jasper, comments:
“Tele2’s launch of 4G/LTE illustrates its commitment to the IoT market. This helps ensure that the Tele2 Control Center can continue to provide enterprises with the highest performance IoT services.”

What are the benefits with 4G/LTE for M2M Customers?