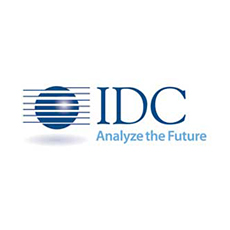 The Internet of Things (IoT) continues to gain momentum as vendors and enterprises begin to embrace the opportunities this market presents. According to new research from International Data Corporation (IDC), the worldwide Internet of Things market will grow from $655.8 billion in 2014 to $1.7 trillion in 2020 with a compound annual growth rate (CAGR) of 16.9%.

Devices, connectivity, and IT services will make up the majority of the IoT market in 2020. Together, they are estimated to account for over two-thirds of the worldwide IoT market in 2020, with devices (modules/sensors) alone representing 31.8% of the total. By 2020, IDC expects that IoT purpose-built platforms, application software, and “as a service” offerings will capture a larger percentage of revenue.

“While wearable devices are the consumer face of the Internet of Things, and where recognition of IoT appears to begin, the real opportunity remains in the enterprise and public sector markets,” said Vernon Turner, senior vice president and research fellow (IoT), Enterprise Systems.

“The ripple effect of IoT is driving traditional business models from IT-enabled business processes to IT-enabled services and finally to IT-enabled products, which is beginning to disrupt the IT status quo.”

IDC defines the IoT as a network of networks of uniquely identifiable endpoints (or “things”) that communicate without human interaction using IP connectivity.
IDC has identified the IoT ecosystem as containing a complex mix of technologies including, but not limited to, modules/devices, connectivity, IoT purpose-built platforms, storage, servers, security, analytics software, IT services, and security. It is important to note that autonomous connectivity is a key attribute within IDC’s definition and, at this point, we do not count smartphones, tablets, or PCs within our IoT forecast.

“IDC’s Internet of Things taxonomy is intended to provide a framework to categorize and relate technology and industry-specific aspects of this burgeoning market,” said Carrie MacGillivray, program vice president, IoT and Mobile research.

“For 2015, the taxonomy includes a view to the horizontal technology stack of hardware, software, services, and connectivity as well as a vertical view to the industries and use cases that IDC is forecasting in the IoT market.”