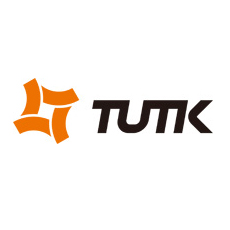 ThroughTek, provider of market-leading Machine-to-Machine (M2M) solutions, today announced findings from its “2015 Internet of Challenges Report” around consumer adoption and identified challenges regarding the Internet of Things (IoT). The survey found that one in three (31%) Americans believe a fully connected home will be achievable in the next year, and 60 percent within the next five years, with 59 percent of consumers being drawn to the benefits of IoT-driven energy efficiency. However, for widespread IoT adoption, two major obstacles remain: cost and security. The majority of American consumers—88 percent—are unwilling to pay more than $250 for a connected device, while 27 percent are primarily anxious about lack of security for their personal data.

In order to decipher American’s thoughts and concerns around adoption of the Internet of Things, ThroughTek commissioned research firm YouGov to poll the attitudes of American consumers.

“Full Internet of Things adoption is no longer a loose possibility within American homes. It’s a reality that will come to fruition in the near future,” said Daniel Collins, Chief Data Officer, ThroughTek. “Concerns regarding cost and cyber security are to be expected. However, benefits such as improving home energy efficiency will begin to outrank skepticism—especially as IoT adoption continues to become more widely implemented.”

Additional key findings from the report include:

“We’re greatly anticipating how consumers will respond to the benefits that a fully connected home will provide – especially as their anxieties are addressed through IoT advancements,” said Collins.

“As devices continue to emerge within the market, IoT adoption within the home will become the norm.”