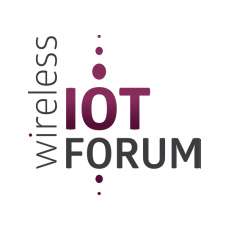 The Wireless IoT Forum, the body working to accelerate the wide scale adoption of wireless wide-area networking technologies dedicated to the Internet of Things (IoT), today announced its founding members and board.

The new forum’s mandate is to remove fragmentation and drive consolidation around a minimal set of standards for both licensed and license-exempt wireless solutions; develop a clear set of requirements through engagement with vertical end-users and a clear use-case driven roadmap for the eco-system of technology companies, apps developers and operators.

“The IoT market is gathering significant momentum around the globe, with new technologies and use cases being announced daily,” said William Webb, CEO, Wireless IoT Forum.
“However the risk presented by fragmentation remains very real. Without widely-agreed open standards we risk seeing pockets of proprietary technology developing independently, preventing the benefits of mass-market scale. We are delighted today to be announcing our inaugural membership and to begin work to drive towards a collective view on the right way to deliver widespread IoT services.”

“The IoT is growing at an unrelenting pace, but it’s important that the entire ecosystem co-operates around open standards in order for it to reach its full potential,” said Aidan Quilligan, managing director, Accenture Digital – Mobility.
“That’s why it’s important that the Forum works with key ecosystem members from the start, in order to create the right conditions for the mass market, without duplicating the work being done by existing standards bodies.”

“Open standards represent the only way to begin the process of overcoming fragmentation in the IoT, and as part of the Forum, we will help drive this forward.”

“As the success of the GSM standard in the mobile world showed, working to open industry standards is critical to creating the necessary situation for mass market success,” said Mark Harrop, Director, Business Development (Mobile Programme), BT.
“By aligning the complete value chain in defining and promoting these standards the Wireless IoT Forum is ideally suited to make the Internet of Things a success.”

“IoT, and in particular smart cities, is a fast-growing applications market that combines innovative wireless solutions with new ecosystem combinations,” said Will Gibson, CEO of Telensa.
“The WIoTF is committed to aligning a diverse group of industry pioneers around key common approaches, so that IoT can build on early success to reach its undoubted potential.”

“We are excited to be a part of such a groundbreaking group of individuals and companies working together to drive the IoT agenda. As key players in this space, we recognize the need for competition to create dynamic markets but also the need for collaboration when promoting and supporting standardization and interoperability. These conditions are key to ensuring successful and timely IoT deployment worldwide,” said Feng Guo, Director Solution Center, WSN Tech.

The Forum’s first working session will be held in June 2015 and it is actively recruiting new members. For enquiries and more information about joining contact – info@wiotf.org