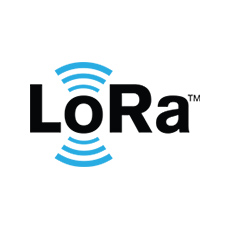 Semtech Corp., a leading supplier of analog, and mixed-signal semiconductors, and Senet, a leading network as a service (NaaS) provider, today announced the deployment of Senet’s nationwide LoRaWAN network, based on Semtech LoRa™ technology, for Internet of Things (IoT) applications. Senet has completed the deployment of 50 towers with network coverage of more than 15,000 square miles. Three towers are in Silicon Valley to enable application development by major corporations and start-ups in the area that plan to connect to their network.

“We plan to rapidly scale our deployment in North America with more than 200 base stations in 2015 and aggressive goals for deployment in 2016,” said George Dannecker, CEO of Senet.

An application developed for the Senet network is also compatible in other LoRaWAN networks deployed in Canada, South America, Korea, Japan, Australia, Singapore and most other South East Asia countries that are utilizing the same frequency band for LPWAN. In addition to Senet, six other major telecom companies have announced nationwide LoRa network deployments.

“Senet is a proven pioneer for LPWAN with more area deployed than any other provider in North America. We are very excited about the volume of devices that are connecting to the Senet network.” 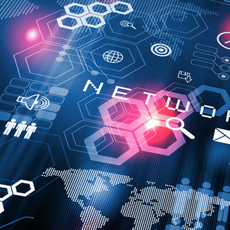 LoRa RF technology enables long-range, low-power connectivity that previously had been unrealizable. Competing short-range technology requires multiple repeaters and in-depth infrastructure to achieve wide coverage and has limited network capacity to be able to connect a high volume of nodes, making the return on investment unattractive for many applications and limiting deployments. LoRa solves these limitations and enables simple IoT connectivity. A single LoRa base station can connect to sensors over 15 miles away in rural environments, and in dense city environments, it has deep penetration capability for indoor coverage.

Both Senet and Semtech are active members in the LoRa™ Alliance, which is one of the fastest growing alliances with over 80 members since its launch in March 2015. The goal of the LoRa Alliance is to standardize LPWAN and create a large ecosystem to scale IoT and machine-to-machine (M2M) applications.

The LoRa Alliance will host a LPWAN workshop at the Sheraton Palo Alto on Thursday, July 23. Visit www.regonline.com/loraworkshop for details and registration information.

Tags:LoRaLoRa AllianceLoRaWANLPWALPWANSemtechSenet
Previous : EU roaming charges to end by 2017
Next : What does the Internet of Things mean for Children growing up?