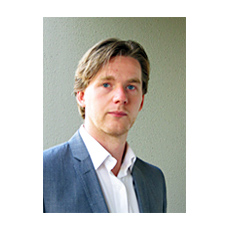 Over the past 15 years the team at M2M Connectivity & M2M One have coached, consulted, celebrated and at times commiserated with thousands of hopeful developers trying to make their mark on the Machine to Machine/Internet of Things landscape.

This series of blog posts is designed to pass on some M2M 101 style tips to developers looking to get into the space.

This week we give some tips to businesses, developers and distributors who are looking to build or import an M2M/IoT solution for use in our backyard, the Australian marketplace.

Traditionally we have dealt with local Australian or New Zealand based developers building products specifically designed to meet some of the unique challenges in terms of coverage, environment and demand in Australia – With the increasing global nature of M2M/IoT we’ve seen our customer base grow to include two interesting new additions:

This is great because it brings a whole new range of innovation and competition to the local market, but it also brings unique challenges as a majority of these customers are unfamiliar with the intricacies of deploying solutions in Australia. 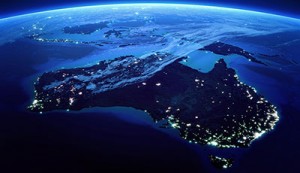 Australia is unique in terms of geography in that a large portion of the country is relatively unpopulated or uninhabitable while there is some mobile infrastructure that covers these areas around 70% of the countries landmass does not have mobile coverage and can only be covered by Satellite. The closest country in terms of similar mobile coverage disparity is possibly Canada, but the physical geography is quite different.

Most major motorways, truck routes and shipping areas have mobile coverage so you are rarely without coverage, unless you go completely into the ‘bush’.

Australia has 3 major mobile network operators, with all other providers operating as wholesales or MVNOs for existing infrastructure. ADSL provider TPG has recently purchased some LTE spectrum as has the National Broadband Network (NBN) but neither have announced any long-term plans.

The 3 operators in Australia are:

Telstra are following US Carrier AT&T’s model of closing down 2G to re-farm spectrum for LTE/4G and while other carriers have yet to comment we expect them to do the same in time.

For permanent M2M/IoT applications that require the Telstra network your best option is to speak to M2M One or Telstra directly.

All M2M/IoT hardware using an Australian Mobile Network should be RCM (Formerly A-Tick) approved – This is similar to European (CE) approval and US (FCC) approval. In some cases devices with CE or FCC approval can have approval time and costs reduced.

If a device is being worn on the body in also needs to undergo SAR testing for radiation levels.

Telstra and Optus also have their own approval process, this is not necessary to use their networks but devices using an approved module/modem will often be prioritized with support issues.

Public IP Address space is limited in Australia and most mobile carriers will not provide any sort of publically addressable IP for M2M/IoT devices. Your best bet is to utilize public Internet access or have a private IP range built on an APN for you.

We find that a majority of customers that come from international markets, particularly Europe or Asia find the price of Data, SMS & Voice in Australia quite expensive compared to their home market.

This has long been the case in Australia and local developers have learned to adapt and minimize their costs through efficient use of data. It is therefore important for anyone bringing a solution into Australia that they consider how to best utilize their data allowance.

For example we see a lot of vehicle tracking and telematics applications from China and SE Asia. These are typically more ‘data hungry’ as data is relatively cheap in these markets; most devices typically consume 30MB or data or more a month for normal operations. An equivalent Australian made device would probably consume between 3-5MB of data per month for similar functionality due to price constraints in the market.

There you have it, a quick practical overview on deploying M2M or IoT hardware in Australia. In our next article we will give a more general overview of the Australian M2M market, pointing out the areas that are saturated and those that are growing, from our experience.

Did you find this tip useful? Do you have some questions on the Machine-to-Machine and Internet of Things industry we can answer for you? Let us know on Twitter @M2MOneAU, on LinkedIn at M2M One or visit our website at www.m2mone.com.au.
James Mack – General Manager M2M One
The views and opinions expressed in this blog post are solely those of the author and do not necessarily reflect the opinions of M2M One or M2M Group.
Recommended IoT report - Download for free now !