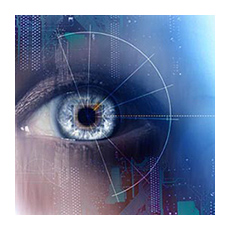 FreeWave Technologies, Inc., a leader in industrial, secure Machine to Machine (M2M) and Internet of Things (IoT) wireless networking solutions, today announced five bold Industrial IoT (IIoT) predictions for 2016. For more than 20 years, industry leaders have depended on FreeWave to communicate critical information across networks – more reliably and securely than any other wireless M2M communications company in the marketplace. With the burgeoning IIoT market and the growing ways companies are finding to connect devices via mobile, web and in the cloud, rapid and constant change will be the norm, the company says. It believes these factors will contribute to significant changes in the way technologies will be used – or even, in some cases, not used.

Prediction #5: RF Companies will be Obsolete by 2019

According to FreeWave CEO Kim Niederman:

“Discrete Radio Frequency (RF)-based technology manufacturers will be obsolete within the next three years. The catalyst that will drive this change will be the open standards in place that eventually will commoditize the market by bringing backwards compatibility and interoperability between different radio manufacturers.”

For the full prediction, please visit IIoT: RF Companies will be Obsolete by 2019 (FreeWave blog)

According to Brad Gilbert, director of product management at FreeWave, this new wireless networking standard will quickly take off because of the following factors:

For the full prediction, please visit IIoT: 802.11ah will be Released in Mid-2016 to Quick Adoption (FreeWave blog)

According to Scott Allen, CMO at FreeWave:
“There are two elements at work that will push predictive analytics to the forefront of industrial communication systems. The first is the advancement of technology. Big data companies are making serious progress with comparing data-at-rest with data-in-motion as a strong basis for predicting outcomes with maximum accuracy. As the network infrastructure advances at the access layer in ways that allow analytic applications to be executed locally while communicating globally this trend will do nothing but accelerate. The second element that will drive change is the retiring or soon-to-be-retiring workforce that drove the implementation and use of SCADA networks. This will create a knowledge gap that will require new technology to fill that void – and predictive analytics will be the one that fills the gap.”

According to Tim Mester, principal engineer of advanced technology at FreeWave:
“As IoT/IIoT data and control becomes more sensitive and critical, there will be a growing concern regarding the robustness these devices will have on our lives as we become increasingly dependent on them. Therefore, there will be a surge of government regulations that mandate the levels of security and reliability for IoT and IIoT devices.”

Prediction #1: Major Security Breach of an Industrial SCADA System Will Bring a New Focus to IoT

According to Glenn Longley, regional manager for energy markets at FreeWave:
“There will be a major security breach of an industrial SCADA system in 2016 which will drive industrial organizations to shift to more of a focus on IoT and newer, more secure communication systems. Each company is different in how it handles the influx of IoT and the resulting IT/OT convergence. With the merging of Information Technology (IT) and Operations Technology (OT), the firewall that separates the two becomes more complicated and less well-defined. Traditionally, each was a separate entity; however, with IP-enabled devices and blending of technologies in the enterprise, that dividing line will become less clear. IT and OT professionals might put a different emphasis on security, but in 2016, the two will need to come together (more than ever before) to prioritize it in their quest to create end points for all of their field assets. Therefore, security will ultimately be the limiting factor on how much IIoT is deployed.”